The cure likely won’t happen until politicians agree on a credible and enforceable, “long-term regime of fiscal discipline.” 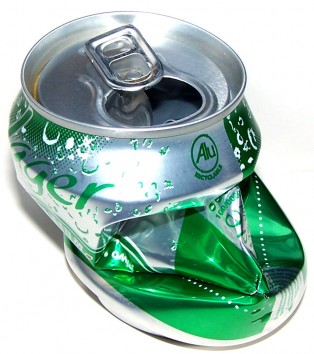 When the can is empty and crushed, there's only air and waste left

Politicians may struggle to work together, but at least the world’s central bankers can, even if only to kick the debt can down the road a bit further.
At 8:00 a.m. EST on November 30, the Federal Reserve released a statement that sent worldwide financial markets skyrocketing. Here’s the first paragraph of the statement:

The Bank of Canada, the Bank of England, the Bank of Japan, the European Central Bank, the Federal Reserve, and the Swiss National Bank are today announcing coordinated actions to enhance their capacity to provide liquidity support to the global financial system. The purpose of these actions is to ease strains in financial markets and thereby mitigate the effects of such strains on the supply of credit to households and businesses and so help foster economic activity.

The U.S. Federal Reserve went on to say that should liquidity conditions continue to deteriorate, it has “a range of tools available” and “is prepared to use these tools as needed.” For many investors, this move meant world central banks “get it” and are ready to pull out “the big guns” to keep the worldwide economy from grinding to a halt.

Investors rejoiced and, by the end of the day, stocks had soared as the Dow Jones Industrial Average rose 4.2 percent, according to The Wall Street Journal.
While the central banks’ moves were welcome, they don’t solve the economy’s underlying problem. Certain European countries (and the U.S., too) suffer from too much debt and too little growth. The banks’ moves were akin to taking ibuprofen — they ease the pain while masking the symptoms, and surely don’t provide a cure.

The cure likely won’t happen until politicians agree on a credible and enforceable, “long-term regime of fiscal discipline,” according to The Wall Street Journal. While European and American leaders meet frequently to discuss policy solutions, they unfortunately suffer from the old truism, “When it’s all said and done, a lot more gets said than gets done.”

WHO WANTS TO BE A BILLIONAIRE?

Ever wonder how billionaires got to that level? Here are 10 success tips shared by four billionaires on a recent episode of the news show “20/20:”

1.    Figure out what you’re so passionate about that you’d be happy doing it for 10 years, even if you never made any money from it. That’s what you should be doing.

3.    Figure out what your values are and live by them, in business and in life.

6.    Remember to maximize for happiness, not money or status.

8.    Success unshared is failure. Give back — share your wealth.

9.    The truth is cold and hard, but it’s the first point on the path to hope and salvation.

Even if you’re not focused on becoming a billionaire, these are some pretty good tips to live by. Which ones resonate with you?