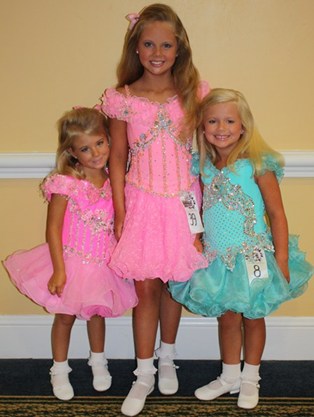 Three local girls represented Nassau County this past weekend and placed in the State of Florida Finals for the Sunburst Beauty Pageant in Orlando, Florida. All three girls, 5 yr. old Megan Smith; 5 yr. old Morgan Benge; and 8 yr. old Darien Storey, qualified for the finals after placing regionally. The Florida Finals provided some of the toughest competition as it included the prettiest girls from all of Florida.

All three girls arrived in Orlando on Thursday afternoon in preparation for the pageant, which began Friday, with their pageant coach Mona Eagle. As the pageant kicked off Friday afternoon, it didn‚Äôt take long to realize the girls would have to be at their very best to have any chance of placing. Friday‚Äôs categories included Model Search, Swim Wear, and School Wear. The competition was extremely intense and the stress levels were high for the parents, Penny Smith, April Benge, and Kim Storey. However the girl‚Äôs coach, Mona Eagle, always seemed to be calm cool and collective as she prepared each of the girls before they went on stage. Ms. Eagle, of Jacksonville Florida, is one of the most well known pageant coaches not only in Florida but nation wide. She can be seen appearing on TLC‚Äôs television show, Little Miss Perfect, or visit her website at pageant101.com. As competition wrapped-up Friday evening, it was obvious all three girls were on their game and that they were not the least bit intimidated by all the other beautiful girls against whom they were competing.

Saturday came early and the girls had to be up before 7 a.m. and were off to Ms. Eagle‚Äôs room in preparation for Saturday‚Äôs events which included the Interview, Beauty (formal wear), and Talent. Again, Ms. Eagle had them at the top of their game. The girls blazed through each of their interviews with the judges and then moved on to the highlight of the competition, Beauty, where each of them daunted their beautiful dresses. Again their coach, who not only trains them with the way they walk, talk, and even smile, but also prepares their hair and cosmetics, had the girls at the top of their game. Each one of them, as they took the stage, looked absolutely stunning. 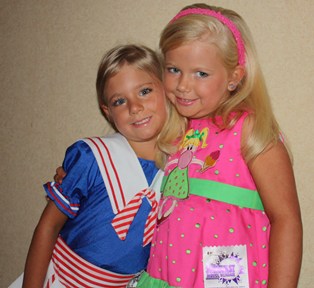 Following Beauty was the final event, Talent. During the talent competition, 8 year old Darien wowed everyone with her vocals by singing a beautiful version of ‚ÄúEverything‚Äôs Coming up Roses‚Äù. 5 year old Megan performed a superb dance routine to the song, ‚ÄúTeach Me How to Shimmy‚Äù, and 5 year old Morgan performed a fantastic dance routine to the song, ‚ÄúWild Child‚Äù.

As the competition wrapped up, speculation began. Parents Penny Smith and April Benge were on edge as they second guessed decisions they had made with things like the girl‚Äôs attire and talent choices. However the curtain had fallen and there was nothing more they could do. It was now up to the judges to decide.

As everyone awoke Sunday morning, they were obviously anxious and excited with the anticipation of the results coming soon. Again the girls dressed in their beautiful dresses and were off to the ballroom for the awards banquet. Once in the ballroom, it didn‚Äôt take long to realize all the hard work these beautiful little girls put in had paid off as their names began to be called to the stage time and time again. They put Nassau County on the map in Orlando this past weekend and each of them proudly announced where they were from. Especially Darien, I must admit I did chuckle a bit though, when she announced, ‚ÄúI‚Äôm 8 yr. Old Darien Storey from the beautiful Yulee, Florida.‚Äù The results are as follows: 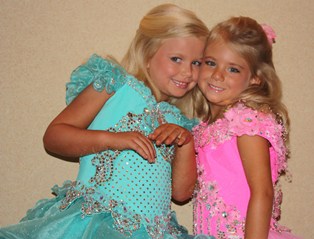 Congratulation‚Äôs Girls! You represented Nassau County well! Because of their fantastic results, each of the girls qualified to move on to the Sunburst International Pageant held in Atlanta, Georgia.