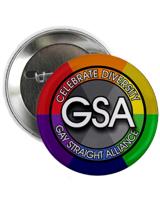 Judge Adams ordered Yulee High School to immediately treat the Gay-Straight Alliance just as they would any other extracurricular student activity, while the students‚Äô law suit against the school district plays out in court. The American Civil Liberties Union is representing two students who sued the board because the school district told the group they would have to change the name of their club to something without a sexual orientation.

Last year, a Gay-Straight Alliance won their lawsuit against the Okechobee County School District. This indicates that the Nassau County student‚Äôs have a ‚Äúsubstantial likelihood of success‚Äù with their law suit, according to Judge Adams.

According to the Gay-Straight Alliance, ‚ÄúEvery gay and straight student has a right to a public education in an environment that is free from harassment, violence, namecalling and intimidation. All students deserve dignity and respect, regardless of their sex, sexual orientation, race, religion, disability, national or ethnic origin.‚Äù
To learn more the GSA, visit their Web site.