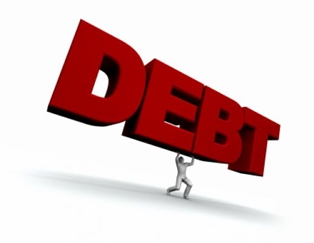 FTC Compliance For Consumer debt Settlement mandates that any ‘for profit’ company that settles public debt via telephone must adhere to the rules laid down by FTC. It strictly prohibits the debt settlement company to ask any payment prior to settling the consumer debt. FTC (Federal Trade Commission) is an autonomous body that inspects the transparency in business, ensures safe concerns for buyers and prevents any unethical practices of private enterprises.

It scrutinizes every affair of any business entity whose activity is deemed to be harmful in the civil society. For example, if a debt Settlement Company makes falsely advertisement to promote their service, FTC might investigate it. If the allegation proves to be true, then it can lodge an administrative complaint or file a federal law suit against the company. If any debt settlement company claims to reduce a consumer’s debt by 60% or more but cannot do it in reality, FTC can penalize the company for misleading the consumers.

FTC has strictly laid down some rules that must be maintained by the service providers. Along with banning the upfront fees, it also instructs the debt settlement company to divulge every fundamental aspect of the services that a consumer is going to have. It has to disclose to the consumer how long it might take to settle his debt and to what level they could be able to reduce a client’s debt considering his specific case. They also require to disclose frankly all about the possibility of resolving a particular case after assessing the case from their past success record. However, they should not promise a consumer on the basis of a single case that they resolved in the past.

FTC reiterates that a settlement company may charge a consumer if it can settle at least one debt of the debtor. It can also charge a fee if the debtor has at the very least made a single payment as per the renewed payment agreement.

Patricia Briggs is a guest columnist, blogger, author for various websites and communities including Oak View Law Group, CCHFA, CSCDA, and more. She has completed her Post Graduation in Social Welfare from California University and is currently working with a reputed Bank located in California. She loves to write articles during her free time especially on topics like bankruptcy, investment opportunities and monetary policies.