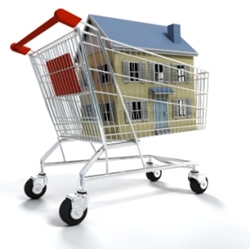 August was not a bright month for the housing industry. New homes sales fell to the slowest pace in 17 years along with the average sales price falling by the largest amount on record.

New home sales fell by 11.5 percent in August to an adjusted annual sales rate of 460,000 units, this is the slowest pace since January of 1991. The experts were expecting a 1 percent decline. The average price of a new home sold in August dropped by a record amount of 11.8 percent to $263,900; compare this to the July average of $299,100. The price in the median range also fell by 5.5 percent to $221,900. New home sales showed that business was off in every region of the country, except the Midwest, a 7.2 percent increase was posted. Sales fell a dramatic 36.1 percent in the Wet and were down 31.9 percent in the Northeast. The South showed a decrease of only 2.1 percent.

The drop in new home sales and the falling price of homes are keeping the pressure on for the worst housing downturn in decades. In a nationally televised speech Wednesday night, President George W. Bush said the credit crisis could trigger a “long and painful recession” unless Congress acts quickly to pass a $700 billion bailout plan. As of last night the fighting on Capital Hill was still going on.

If all of this was not bad enough, the government reported Thursday that unemployment benefits shot up last week to the highest level seen in seven years.