The job often wore us completely out both physically and emotionally. She was absolutely an awesome person to have on my team! 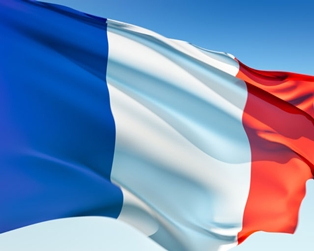 I had a lovely French intern who worked with me a few short years ago. We traveled all of the time and pulled many all-nighters. The job often wore us completely out both physically and emotionally, yet we’d face the public with a great big smile! She was absolutely an awesome person to have on my team!

Though the miles have come between us, we have remained friends and stayed in touch. We are even friends on Facebook.

She had posted a good-looking picture of a dish she had created and one of her French friends saw the picture and it reminded her of a recipe. Of course it was all posted in French.

Anticipating a great, new recipe, I attempted to read and sound-out the French words.

Thankfully, I have a daughter who is in her second year of French at Fernandina Beach High School who was able to help me translate the recipe with just a bit of additional help from Google Translator.

Your photo inspires me a recipe:

1 zest of success
1 dash of the unexpected
A touch of humor
all washed down with happiness and love
and 2011 will be an unforgettable flavor. Kisses

The recipe was even better than I expected!