Newton wines are intriguing in more than one way

The puzzle, signature vintage bottle of the Newton Vineyard estate, was quite puzzling in taste, palette and texture. Nonetheless this Merlot, Cabernet Sauvignon, Cabernet Franc and Petit Verdot blend pleasantly surprised everyone. 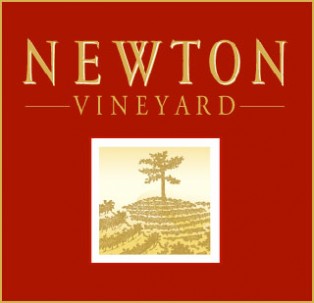 Sir Isaac Newton’s exploratory inspiration was triggered by the gravity of a falling apple hitting him on his head, but mine was triggered by a bottle of Coca Cola and, after a long absence of wine tasting, by the grapes of Newton Vineyards in Napa Valley.

Last Friday evening, in honor of the Concours d’elegance here on Amelia Island at the Ritz Carlton, Amelia’s Liquors and Fine Wines had a social gathering for wine lovers. Newton was on the program. The Newton Vineyards didn’t trigger any memories at the time yet something kept nagging me since.

After an absence of some 20 years from the wine tasting scenery I know i’m a bit rusty, maybe not in appreciation of fine wines but most certainly in recognizing names. Then it dawned on me this morning. I heard the name before in the vinology circles and remembered the names Peter and Su Hua Newton and the tumultuous times of the mid 1970’s when soft drink giant Coca Cola entered the wine scenery by purchasing the Sterling Vineyards from Peter and Su Hua Newton. It hit me in the face, when opening the fridge door and a bottle of Coca Cola was staring me in the face in preparation of my morning coffee.

Have you ever played the domino game?

Hold your horses, I said to myself. It’s early in the morning and excitement is still wrapped in the cobbwebs of the night (especially since the Government stole an hour from us with something so conspicuous as “daylight saving time“). “This can’t be”, I thought. A whole other world of thoughts came to mind and excitement grew rapidly urging me to go on a fact finding mission. I had to investigate this. Coca Cola going into wines and how does Warren Buffet fit in the picture?

Whow, some heavy hitters on the trail of this rather small but very quaint winery that Robert Parker, Jr. rated as “one of the greatest wine estates” in 2005. 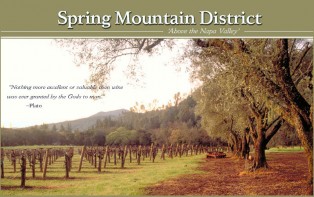 Newton Vineyards, best known for their unfiltered Chardonney and Cabernet Sauvignon blends called “The Puzzle” gave the whole investigation a double “entendre”. Originally, as the story goes, “The Puzzle” refers to a little piece of the Napa Valley, Spring Mountain district that the Newton’s called their home since 1977. A piece of the Napa Valley Puzzle.  However looking at the “Puzzle” from a perspective of the intricacies this Estate has gone through, an almost surreal history comes to light.

Going back to the days of Sterling Wines acquisition by  Coca Cola and before, The Newton’s played an important role shaping the wine history of Napa Valley. Robert Newton, A British Expat, founded the Sterling Company in 1964 and planted Merlot and Chardonney varieties, while everyone else was planting the Cabernet Sauvignon vines. In 1969, Robert produced his first vintage dated Merlot. A daring undertaking since up until that time no-one else dared to release vintage dated wines in California.

This daring but extremely successful entry into the wine scenery with the vintage release of the Sterling Merlot, Robert Newton set a new standard in American Wine making and drew serious attention to American wines internationally. His successes in the following years triggered the sale of the Sterling Vineyards under pressure of Giant Coca Cola in 1977, who wanted to enter the wine business. Unsuccessfully and short lived, Coca Cola sold the Sterling Vineyards to Seagram in 1982 and was in turn sold to Diageo in 2001.

This short lived Coca Cola wine maker stint, triggered by bartering in the East Block countries of Romania, Hungary and Bulgaria were Coca Cola syrup was bartered against Bulgarian and Hungarian wines amongst many other goods due to monetary restrictions and lack of Western Currencies, set Robert and Sue Newton on a new course. 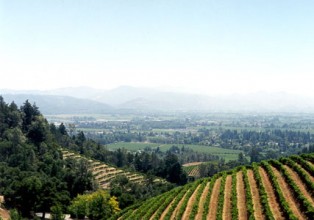 Robert and Su Hua Newton set their sights on an unexploited and rugged area separating Napa Valley and Sonoma Valley on the eastern flank of the Mayacamas range west of St. Helena called Spring Mountain. They recognized the potential of Spring Mountains against many “insiders” advice and stubbornly carved a niche reputation of being The California Wine Trailblazers. The Newtons incorporated in 1977 what Robert Parker, Jr. praised as ” All of these wines from their beautiful Vineyard are among the most natural made in the world”.

The Newtons respect old wine making traditions and where possible avoid filtering of wines, the purest of traditions, giving all their unfiltered wines subtleties and distinctive characters often lost in filtered wines. Combined with handpicking of the grapes versus machinery harvesting, the time and care of this Artisan approach has provided Newton Vineyards an unprecedented reputation around the world that caught the attention of Louis Vuitton, Moet & Chandon, Hennessy Cognac Group (LVMH) in 2001 purchasing a large stake in the Newton Vineyards. 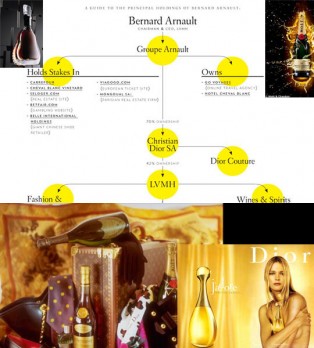 The Newton family is still heavily involved in the day to day operations overseen by the Veuve Cliquot Champagne division of LVMH and as a recognition of Newton’s outstanding vinification techniques the vineyard is now in outstanding company.

One of the world oldest and most reputable white wines within the LVMH group is Chateau d’Yquem dating back to 1593. Thomas Jefferson visited the Chateau and wrote “This is the best white wine of France” and Jefferson ordered 250 bottles vintage 1784 for himself while bestowing George Washington with an undisclosed amount of bottles. The 1811 vintage (a Comet Vintage) of d’Yquem described by Robert Parker as proof of “exceptional longevity” scoring it a perfect 100 out of 100 when tasted in 1996, adds to the reputation of the Newton Vineyards.

The Puzzle by Newton Vineyards

Other extraordinary companions are: Hennessy Cognac, Moët & Chandon, Dom Perignon, Veuve Cliquot, Krug and many others all under the umbrella of Fashion House Christian Dior.

Newton’s Signature wine, “The Puzzle”, may hold more truth in its history than the explanation of being a piece of a puzzle in the Landscape of Spring Mountain, California. Puzzling is the blend of 4 grape varieties: Cabernet Sauvignon, Merlot, Cabernet Franc and Petit Verdot, providing an absolute palette spread ranging from raspberry and wildberry to violets and chocolate to roasted chestnuts has a very pleasant nose holding true in the taste while waltzed around in the mouth (bouche) promises longevity with a rich tanin in this 2005 vintage. The brick red glow supports this collector’s edition and will peak around 2012-2015.

But there was something puzzling I didn’t mention in the taste: “a slight hint of flint stone” normally attributed to a good Chardonnay. Hum, maybe the volcanic soil had some influence here.

No matter how puzzling the history is on this outstanding winery, at 6:00 pm on Friday night at Amelia Liquors and Fine Wines I was a happy camper pleasantly surprised being thrown back into the art I so dearly missed in my Caribbean years.