For the first time, the NFL Draft will be held in primetime and teams have been trading players for better strategic draft positioning. 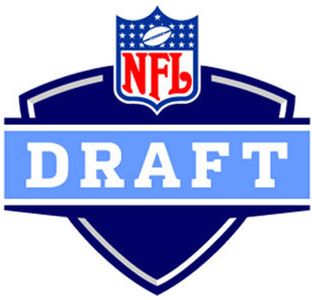 For the first time, the NFL Draft will be held in primetime. An event that has often conflicted with my youngest daughter’s birthday party has finally been moved away from a usually gorgeous spring Saturday to a Thursday evening!

With one week to go before this April 22nd televised event, teams have been trading players for better strategic draft positioning. The first round of the draft is on Thursday, starting at 7:30 PM on the ESPN and NFL Networks, with subsequent rounds following on the next two evenings. The first ten teams to pick are St. Louis, Detroit, Tampa Bay, Washington, Kansas City, Seattle, Cleveland, Oakland, Buffalo and the Jacksonville Jaquars. Usually the worst teams from the previous year get to pick early in the draft, but draft positions can be traded for players.

The Steelers have traded popular fantasy player, WR Santonio Holmes to the Jets in exchange for a 5th-round draft pick. Even though Georgia authorites didn’t file sexual assault charges against Steeler’s QB Ben Roethlisberger this week, doesn’t Big Ben have enough to worry about without Pittsburgh displaying lost faith in his favorite target? Another example of pre-draft trading is that Broncos WR Brandon Marshall is being traded to the Dolphins for a 2nd round pick this year and another possible 2nd round pick in 2011. Not bad for Marshall who is reported by ESPN to have agreed to a four year, $47.5 million contract. According to an ESPN source, $24 million of that is guaranteed money. Of course physicals must be passed and the league needs to approve the deal first.

Good luck to all you football fans, I hope your team selects a solid pick. Even though Ally will be 15 this year, and loves football, I am glad my daughter’s birthday party can be about her this year – without any interruptions from the National Football League.