No Exit Packages for Freddie and Fannie CEOs 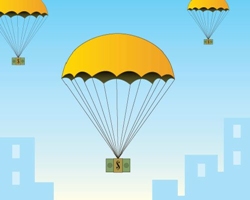 Written By Nick Deonas
Fannie and Freddie either own or guarantee about $5 trillion of the nation’s outstanding mortgages, roughly half the nation’s total. Now that the government has taken over Freddie and Fannie and the tax payers are now paying the bills, I was wondering if the exiting CEO’s would receive large packages. In the past we have all read about CEO’s leaving a company only to be given large “exit packages”. Today I learned the answer is no. No golden parachute payments will be paid. I think this is the right move and absolutely the prudent thing to do.

James Lockhart, the housing agency’s director has said that compensation for the new executives will be significantly lower than the outgoing CEO’s. Herbert Allison was named new chief executive of Fannie, and David Moffett the new CEO of Freddie as part of the government’s bailout. Let’s hope the new administration will have more of a handle on what is happening in these complex financial institutions.