As more and more of the nation is getting nationalized, Obama is delivering on most of his Campaign Speeches 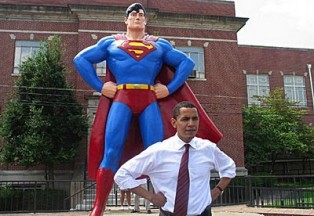 He's Keeping Most of his Campaign Promises and than Some

At least so it seems. Obama promised change and he delivered in dazzling speed. Except for the 16 month pull out of a couple of increasingly unpopular wars and some other less important campaign promises, he is right on target nationalizing the country. He didn’t say he was going to nationalize everything. Or did he? In any case he delivered on his promises. Sort of…

In much the same way the hastily assembled and ill-advised Patriot Act launched the behemoth Homeland Security, last week’s presentation of the financial reform bill to prevent future credit crises, will create a massive new consumer protection agency with an annual budget of $850,000,000 yes that is Million. Laughably, this new agency will be operated by the Federal Reserve, and its mandate will be “Protecting America’s Consumers.” Of course we are not very impressed these days when an amount is not at least a Trillion, but even when it comes to “Consumer Protection”, the numbers are starting to add up.
Besides… I’ve always thought Financial Consumer Protect to be the job of the Federal Trade Commission, an agency that already runs a budget of about $250 million. In addition there is of course the SEC with about a billion from the trough and the CFTC with another $150 million and then several hundred of State, County and Local Agencies that all claim Consumer Protection for Americans in their slogan.

• Federal takeover of the energy sector. Coming Up Next.

That is a pretty remarkable track record for an individual not many of us had heard of prior to 2007. And frankly I would be scared out of the bejesus if I didn’t know, that none of this will matter very much a few years down the road.  In fact, the more the bureaucrats overreach, (democrats or republicans), the faster the end to the status quo will arrive. And the next crisis exposure is already lining up for coming Thursday, when 46 States in the Union start their Budget Year 2011 with PIIGS style immediate Deficits totaling somewhere between $112 and $200 billion and climbing debts in the area of $2.5 trillion. I can’t wait for next week to happen and learn how much faster we will reach the end of the impasse which really is a silver lining.

If you have no clue how we got into this mess, here is a simplified way that explains the outlines
Let’s say you spent more money in January than you earned. You simply pulled out your credit card for those additional purchases. Now let’s assume that you did the same thing every month of that year and every year after that for about a decade. In a very real sense you actually got used to a lifestyle financed by debt, because you were told that over a lifetime of debt, your increasing income and the value of your assets would have you covered. I remember the days when every “sound” financial advice included: “Don’t be stupid. Don’t use your own money. Use someone else’s money!”

Yet. at some point in the game, you notice (usually by accident) that your credit card balances are more than you can pay. No sweat..So you borrow against your house. You borrow from friends. You borrow from family. You drain your savings account. Eventually, your earnings barely cover just the interest you owe on all the money you’ve borrowed. No one will lend you any more and a lot of those you borrowed from appear to be in the same cycle that you are. In the past 2 years we learned that we all played a huge Ponzi scheme with anticipated future earnings. Yet now we’re faced with bankruptcy.

And guess what… it’s not really that different for a country. It just may take a little longer. When a country’s spending exceeds its income, it borrows to make up the difference. If it continues to overspend and borrow, it winds up with interest payments that eat up a growing percentage of its revenues (taxes anyone?). Eventually, it runs out of borrowing options and faces default. If the country borrowed from around the globe, it’s called a Global Financial Crisis.
Well since default is pretty much NOT AN OPTION for the US of A, the logical step from here is a Global Currency Crisis. The consequences of default would be too dangerous for life on earth. So the only option left is INFLATION, which will discredit the US dollar as the Global Reserve Currency, whih is why the International Monetary Fund (IMF) is now calling for a new Global Currency.
It is something you may want to read up on and especially how to protect yourself against.