Oil Spill Cut off from moving to Florida’s East Coast

As the summer vacations in Florida are starting, no major oil spill effects reported yet. 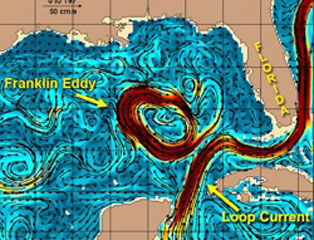 Traffic onto Amelia Island has been thick in recent weeks and insider word from the Ritz Carlton and other hotel properties is that occupancy rates are very high, as we are reportedly experiencing the effect of the oil spill rebookings from the Panhandle and Gulf Coast Properties.

Yet it turns out that this could not be the only explanation, as for example news from the newly opened Panama City airport (May 23) states that flights have been full into the area. Delta with 8 daily flights from Atlanta and 3 from Memphis and Southwest with 8 daily flights from Houston, Orlando, Baltimore and Nashville report high demand to the new Panhandle destination as well as strong load factors to all of its Florida destinations.

Though tourism officials have been working hard to calm fears of ruined vacations and avoid alarming tourists, they also have to be upfront about Frisbee-size oil clumps in the sand. It’s a tricky balancing act, and everyone is in spin mode, but these days the spin can be based on truth rather then desperation.

Before the internet and the technology of webcameras streaming onto someone’s laptop, the only real verification of a situation did not happen until you arrived at the destination. I remember vividly how Caribbean Islands after a hurricane impact, quickly reassured vacationers that everything was back in shape “and better than before” while 8 hour power load sheddings were an every day occurrence.

Not this time here in Florida

Honesty appears to be the key this time, primarily facilitated by the opportunities offered by the Internet. Since consumers’ perceptions about what remains open are harming business more than the tar balls on the sand, tourism officials have decided that ‘being open and up front with the truth’ is the best course of action.
“We’ve seen a decline in hotel bookings to destinations on the Gulf, even those that have not been affected by the spill,” hotel and industry experts say. “Travelers are worried where the oil might go.” Indeed, the problem is that no one knows where the muck is headed. Its track depends, to various degrees, on wind, weather, trajectory and currents.

And that’s where the Florida Keys Tourism Council called the internet to the rescue  as it launched a Clean Beach Guarantee, followed by a feature added to www.fla-keys.com last week, designed to correct Gulf spill misconceptions. It shows an accurate status of the tourism offerings with a one-minute, date-stamped video, updated weekly, showing visitors on the beaches and waters in the Florida Keys.

Today’s News Update announces that NOAA, the National Oceanic and Atmospheric Administration, has suspended daily production of offshore Transocean/BP oil spill trajectory maps, because, a change in ocean currents has minimized the risk of impacts to the Florida Keys.

The NOAA website explains the suspension, because the northern end of the Loop Current has been pinched off into a large clockwise eddy (Eddy Franklin) so there is no clear path for spilled oil to enter the Loop Current from the source in the northern Gulf of Mexico that is about 500 miles northwest of Key West.

NOAA is not certain how long the separation will remain, but the agency plans to resume production of offshore spill trajectory maps, if needed.

The Area that is closed off for Gulf Fishing.

There is even an advisory on seafood safety with the notation that seafood from immediate Florida Keys waters is safe to eat, showing on a map the area of the Gulf of Mexico that NOAA has closed to recreational and commercial fishing. The closest point of the closure to the Keys remains about 200 miles to the west of Key West.

The website information is daily updated when changes occur and with the Florida Oil Spill Hotline (8 a.m.- 6 p.m.): 1-888-337-3569 prominently displayed, vacationers and visitors can find up to the minute information of importance to their vacation planning.

Personally I have to admit that once caught on the website it is easy to get seduced by more than 40 web cams streaming live video from the Keys’ waters, shorelines and area attractions.

Another message I take away from this information is that we won’t have to fear any oil spills coming from the Gulf Spill on the beaches of Amelia Island anytime soon and that local businesses should have a great summer tourism trade.