Once Upon a Time

What kind of world would we live in, if this "Once upon a Time' tale would turn into a true story? 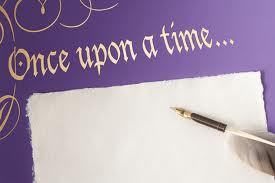 Fairy Tales and Utopian Dreams are Once upon a Time

As a child, especially at night time, I often heard the words…”Once Upon A Time…” and I instantly knew that the story that would follow was never real. That perception kind of stays with you as you get older, but is it really to be considered a hard-core rule?

After massive destruction hits us like with Superstorm Sandy or hurricane Katrina we often see and hear of random acts of kindness and care that could have been prologued with these words. So indulge me in the following utopian tale:

Once upon a time there were two farmers who had bought acres of land right next to each other. Unconnected and never having met, one day when the two of them happened to be working in similar areas next to each other in their fields, they introduced themselves to each other and got to know each other’s family. The one farmer had a wife and four children. The other farmer was single and alone.

While sharing dinner at each other’s home, the two farmers came up with the idea that if they got together and shopped for the things they needed jointly, or any other needs that they had of similar use, they could probably get discounts and buying advantages by purchasing such things as grain and soil replenishment and seeds together. So they would often go into town together and get grain, or seeds or whatever they might need, and then share it.

One day the single farmer thought, “My neighbor has so many mouths to feed. It must be a strong burden to take care of a wife and so many children, while my needs are so simple. I am just one and can easily take care of myself.” So, from time to time, the single farmer would go to their shared bins of grain and give his neighbor some extra, saying nothing about it.

Meanwhile, the neighbor farmer thought about his single friend one day while he was plowing his fields. “My neighbor is all by himself. I have a wife that loves me and children that will take care of me when I get older.” So, on impulse, The neighbor regularly put more grain in his friend’s bin, and every now and then when no one was around, he would plant seeds in his neighbor’s field.

One day as the two happened to be putting grain in each other’s bins at the same time, they looked up and instantly recognized what they were doing. Both dropped the grain they were holding and ran to each other for a bear hug. “I am so lucky and honored to know you,” said the married farmer. “The luck and honor is all mine,” said the bachelor.

What kind of world would we live in, if this “Once upon a Time’ tale would turn into a true story?