Opportunity for Blistur to Perform at Planet Fest Nine! 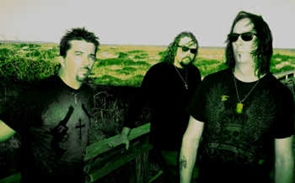 Our favorite rock band, Blistur, has been scheduled to compete for one of ten slots at this year’s Planet Fest. This is Jacksonville’s largest concert of the year. In 2007, Planet Fest brought bands like Finger Eleven, Breaking Benjamin and Seether to Jacksonville’s Metropolitan Park.

Wednesday, September 24, 2008, at Jack Rabbits on Hendricks Avenue, Blistur will be taking the stage at about 9:00 pm for one set only – to win their opportunity to perform at this high profile concert in November. While most local bands competing will play original music, Blistur is currently working on their second CD to be released early in 2009.

Blistur is composed of three full-time professionals and as a Dreamer recording artist they have been busy laying down tracks at Rusty Dog Studios for their upcoming single release of, “OK”. This rockin’ trio completely sold out their three original production runs of their first full length CD, released in 2007, “Greatest Hits Volume II”. Their tight sound, original lyrics and professional musicianship has gained them over 30,500 myspace friends, who can’t all be wrong!

Planet Fest Nine is tentatively scheduled for November 15th at Metropolitan Park. This day long show is known for having relatively low ticket prices for the large number of national and local bands that appear. To hear more about these full-time professional musicians check out www.blistur.com or www.myspace.com/blistur or for more 2008 detailed concert information, not available at the time of this release, check out www.WPLA.com