Have you ever wondered where that money comes from when people get wealthier? Or where it goes when the market turns south? 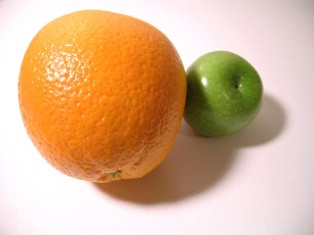 Have you ever wondered where that money comes from when people get wealthier?  Or where it goes when the market turns south?

In an interesting essay, mutual fund manager John Hussman -who has an economics background -offered a great explanation.  He started by talking about investment choices.  Let’s say you want to buy a $100 bill ten years from today.  You decide that you’re willing to pay $46.31 now for the chance to take that bill home with you in late 2022.  Using simple math, Hussman calculates that you have bargained for an 8% annual return on your investment.

Suppose the market for $100 bills ten years in the future gets a bit more competitive, and people are willing to pay higher prices.  Let’s say you join the bidding, and eventually agree to pay $67.56 for that future $100. You have now bargained for a 4% annual return.

In a highly-competitive bidding frenzy, when everybody and his sister is frantic to buy those future $100 bills, you find that you have to pay $84.49 today for $100 ten years from today. You are now an investor in 10-year Treasury securities, which are currently yielding 1.7% a year.

This is how security prices work.  People bid for the right to own a set of expected future cash flows, a more complex version of that $100 bill.  In bull markets and market rallies, people are willing to pay more for that future cash; in bear markets, people have to be coaxed into the market with lower prices and higher anticipated returns.

The interesting thing about this dynamic is that the expectations of the people who are doing the bidding are often just the opposite of what mathematics tell us.  Meaning?  When the market has gone up dramatically, people expect more of the same and bid prices up even higher.  They pay such high prices that the difference between the purchase price and the future cash flows–the value of that $100 bill–will be an investment return in the low single digits.  Of course, they’re expecting the market to give them double-digit returns as it has in the past.  In grade school terms, they are experiencing “opposite day.”

Over time, as they get closer to claiming that $100 bill, they receive the (predictable) single digit returns that they paid for.  Meanwhile, the herd of investors who we call “the market” recover from their frenzy and realize that paying eighty dollars today for $100 in ten years is not a bargain.  They reduce their bids accordingly, and the investor who paid eighty dollars is now looking at a market that is willing to pay fifty, tops.

Now you can see where the money comes from in a bull market, and where it goes when the market heads south: nowhere.  The investments purchased at higher prices were never actually worth what people paid for them at the top of the bull market, so the loss of wealth was built into the original purchase price, even though it only shows up on the investor’s balance sheet when the market returns to normal pricing.  The lower prices that people pay at the dismal bottom of a bear market, when everybody seems to expect the losses to go on forever, allow you to purchase more future cash flow per dollar invested.  When the market recognizes what a bargain this was, and bids up the price, that is no more than a reflection of the value built into the original price.

There is, of course, another way to invest: steadily, over time, with an eye to bargains when they’re available.  The goal there is simply to accumulate future cash flows at the best current price available, to buy as many future $100 bills as you can at a variety of prices, which will, over time, average out to an average valuation which is probably pretty close to a fair price.  Meanwhile, you participate in the growth of a range of companies, and steadily benefit from the work and innovation and value that is produced by millions of people who get up in the morning and go to the factory floor or the office and do their jobs effectively–probably a lot like you do (or did).

As the markets rise and fall, you’ll experience paper gains and paper losses that will feel real, but will actually be nothing more than a reflection of our collective emotional state.  Somewhere under all the noise, under wealth that daily appears out of nowhere and vanishes back where it came from, there is the underlying growth of the business enterprises that you own, the growth in earnings, the new factories, new products, increased sales.

That value is real.