Outsourcing from a Different Perspective

American Businesses need to go out on a limb again and outsource themselves into business opportunities. 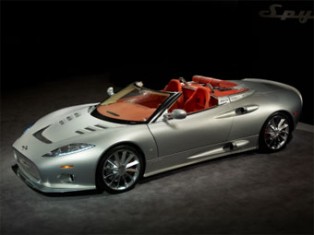 Who needs a Viper when you can have a Spyder

There are so many interesting stories to write every day that it is often a difficult choice to pick one. That is probably the reason why lately I have been focusing on stories that individually may seem to have nothing in common with each other but combined spell out a trend that affects our lives in one way or the other.

Here is a story that spells out that global talent and expertise is challenging a lot of what used to be exclusive American Domain:

Madison Avenue in New York used to be the absolute global center of advertising. Every global brandname used an agency or a subsidiary of an agency on that street. Having been on both sides of the advertising table for 35 years, Madison Avenue was always in the center of my attention. Every major brandname campaign was created and executed or directed from New York. Over the years other agencies in Chicago, Los Angeles, Atlanta, Dallas and Miami took some of the glory but creativity in advertising, especially global advertising, seemed always somehow an American monopoly. Not any longer.

I could call this job outsourcing on basis of creativity, but every time global budgets are up for competition, pure quality and creativity decide on the winners. The result is that agency employees are laid off or hired. Well a lot of NY agencies have laid off a lot of people in recent years.

If an agency like DDB, Saatchi or JWT loses a billion dollar client to a Brazilian ad agency, some people here will get a pink slip. Competition has become global and the internet is the “culprit”. Today I can sit in my office here in Fernandina Beach and compete for an advertising budget in Seoul, South Korea and win the bid on creativity, price and commitment, but in reality this is happening in the reverse, because somehow American creativity has run into a wall, mostly designed by inflexible structures such as the need for copy catting other success stories.

A stellar example of creativity comes from car manufacturer Audi which has been beating the recession left and right, even here in America with a diesel car that most American “experts” deemed unsellable. They did it by taking the emphasis off the “mis”perception that diesel is polluting and dirty and instead focused on an advertising message that clarified if more Americans would drive diesel, the country would be able to eliminate oil imports entirely. The result? While American car manufacturers (except Ford) are closing plants and laying people off, this German car manufacturer, a subsidiary of Volkswagen, has seen sales climbing by 20%. The simply added emotion to the message. As a result workers in Detroit have been laid off. 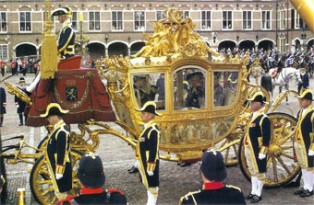 And while we’re on the topic of US car manufacturers, GM now sells its Saab division to a small car manufacturer in the Netherlands, called Spyker. Www.spykercars.nl/ is famous for its $250,000 sports cars of infinite beauty and quality. General Motors did not know what to do with a quality brand and product like Swedish manufactured Saab, but Spyker, founded originally in 1880 guided by the axiom “Nulla tenaci invia est via” – for the tenacious no road is impassable – has decided to take the risk to build Saab back into the quality brand it has always been. This 200 employee Dutch company has historical landmarks in the building of the Dutch Queen’s golden carriage, she still uses on official occasions, as well as the world famous six cylinder Spyker 60 HP, the world’s first four wheel drive car with a single engine and all wheel brakes. 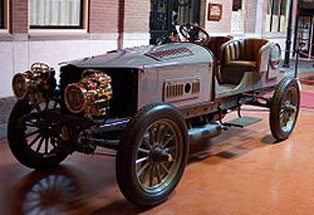 Spyker Automobiles today builds only about 250 high end, super performing cars per year, but they are ready to take on the challenge to keep a highly qualified factory in Sweden with some 3400 employees alive and growing. That is the entrepreneurial spirit that a lot of American companies have forgotten how to put into practice. Being successful requires stepping out on the edge, fail fast, learn and try again, until success comes “overnight”.

In the upcoming Concours d’Élegance here on Amelia Island, we can all witness a lot of breathtaking automobiles that were once the result of risk taking and dreams. That’s what I miss in today’s business arena. The courage to fail and as a result, a lot of what comes off the production lines and out of supposedly creative units, is at best mediocre these days.