When sensationalism in the news media threatened their livelihoods, tourism stakeholders in Florida Panhandle fired up social media war. 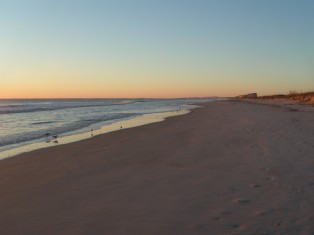 Panhandle residents and business owners fought the bad press sensationalism in the news coverage of the Deepwater Horizon oil leak last year with posting factual information and pictures on social media daily and with help of internet technology.

And as a result, the after Labor Day assessment of this year’ summer season in Northwest Florida’s Gulfcoast is positive.
Last year after the massive oil leak disaster, the tourist-dependent and usually highly-popular beaches in Florida’s Panhandle were virtually deserted. If anyone wanted a hotel or condo unit, big discounts were available. There was no waiting in restaurants because diners were scarce. We received a lot of visitors here on Northeast Florida’s First Coast as a result of the unfair and sensational media coverage the Panhandle received, according to many locals. But this year all that has changed.

• Because demand has returned, prices have also returned to pre-oil spill days. Some hotel owners say rates are up 15 to 20 percent this year compared to 2010 and about equal to what they were in 2009.

• Some restaurants are quoting an hour and 45 minute wait for a table.

The memory of the BP Deepwater Horizon oil rig spill that fouled Gulf of Mexico waters and coughed up tarballs onto adjacent beaches is still vivid along the Panhandle. A double blow to the economy came with the lingering impact of the recession.
But mostly there was the bad publicity: tarballs on the beaches? Even the area’s major cities such as Panama City and Destin, though little impacted by the oil spill, still saw drastic drops in tourist numbers.

BP, in an effort to mitigate damages, gave Florida and the other Gulf states millions of dollars in marketing money. In Panama City, tourist stakeholders posted daily video of its beaches and posted updated photos on digital billboards and social media in cities throughout the southeast. It turned out to be a lesson to others with similar impacts.

“We’ve never tried to hide the impacts from the oil spill because, by telling visitors and potential visitors what was going on, we felt that was important to reassure them. If they came to Panama City beach, they would understand what their vacation experience would be,” said Dan Rowe, the head of the Panama City Beach Convention and Visitors Bureau.  “The weather was still good and the beaches were open, but people stayed away.”

It’s an experience that left many in Panama City bitter with the national news media. Many residents feel the news coverage was unfair and far too sensational. One of the biggest challenges, business leaders reported, has been overcoming a perception that local beaches were coated in oil last year.
Local hoteliers and tourist officials used Facebook and other social media to effectively get the word out to tourists that many beaches were entirely free of oil and tarballs.  As for other impacted areas: in Alabama, one million fewer visitors hit the beaches last year than before the spill. In Mississippi, fewer visitors meant gaming revenue at the state’s 30 casinos fell by $130 million. But in all these areas, tourism officials now say, visitors appear to be coming back, mainly because media coverage has moved to other hotspots in the world and the Nation and the Power of the Internet and Social Media.

It will be interesting to get a glimpse of the numbers for 2011 versus 2010 here on Amelia Island, and possibly extrapolate the numbers that will tell the story of how many visitors came to our island as a result of the Gulf Oil Leak disaster.