Party with the Pretty People

The 50 and 51 floors above the Las Vegas Strip at the Rio Hotel and Casino is the Voodoo Lounge. This is the Place to be and be seen in Las Vegas. 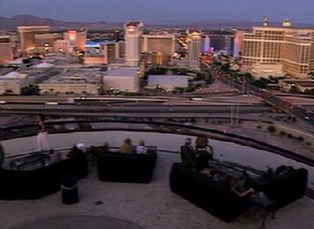 Living in the quiet paradise of Fernandina Beach on Amelia Island we don’t get much chance to party with celebrities or their counterparts, but on a recent trip to Las Vegas, Nevada we got to party with the pretty people in one of the most incredible venues I have ever been in.

The 50 and 51 floors above the Las Vegas Strip at the Rio Hotel and Casino is the Voodoo Lounge. This is the Place to be and be seen in Las Vegas. One of the couples that we had the privilege of going on vacation with had been there before and asked us to go back with them. Keep in mind that while we were there I slept a total of two hours per night, so going to a high priced dance club was not one of my top priorities, but I wanted to spend the time with these friends so we agreed to go there. I could easily have spent this time on a black jack table and been extremely happy. The other couples with us declined and did the worst thing that I believe you can do while in Vegas and went to bed- this is a no no!

After waiting in line for 30 minutes and paying 20 dollars per person just to get in the door we made our way onto the deck outside of the hotel overlooking the Las Vegas Strip. At that point in time I realized that everything had been worth it. We were now outside with an unobstructed view of The Strip and looking out over it was fantastic. The people on the deck were definitely what we affectionately called “The Pretty People”. Most of them were much younger than us and much more energetic. They must have had a nap or something. Maybe the fact that the majority of them were in there 20’s had something to do with it! The place had a stripper pole in the center of the room that invoked all kinds of beautiful women in slinky dresses to show off their talent. By the time they were done showing off their talent they were also showing off most of their underwear too. Staring at beautiful women in their underwear, with the entire Las Vegas Strip at night 50 floors below, was one of the most spectacular sights that anyone could see.

Being the old geezer that I am I probably will never go back there, even though we love to spend time in Vegas, but partying with the pretty people was something I will remember for a long time. If you get the chance to spend time in Las Vegas and are up to it I highly recommend The Voodoo Lounge as a people watching experience. Viva Las Vegas!