With additional traffic expected for the upcoming Shrimp Festival, I thought it would be a good idea to post some pedestrian safety tips. 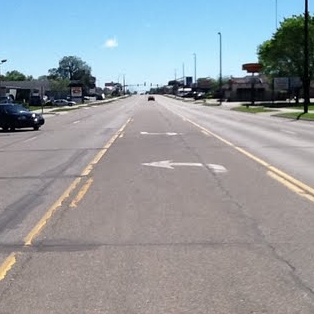 A recent study from the Centers for Disease Control and Prevention found that each year more than 4,000 pedestrians die from motor vehicle crash-related injuries in the United States and certain populations are disproportionately impacted.

With the additional traffic expected in town for the upcoming Isle of Eight Flags Shrimp Festival, I thought it would be a good idea to post some tips to help keep you and your family safer while walking near automobile traffic:
-Increase your visibility at night by wearing retro-reflective clothing and carrying flashlights.
-Put smaller children, who may be harder to see from a vehicle, on the inside of you, away from traffic.
-Cross at intersections.
-Make eye contact with the drivers of vehicles before crossing in front of them.
-Look left, look right and look left again.
-Walk facing traffic.
-Be alert and watch for turning vehicles, vehicles backing up and vehicles coming out of side streets and driveways.
-Hold hands with children.
-Walk on the sidewalks when available.

I was traveling once and this is a true story: You know the center turn lane, often referred to as a “suicide lane”, or the median lane where traffic traveling from either direction is to use when turning left? While in Charlestown, Indiana, I saw people were using this center lane as a sidewalk. Woman were pushing strollers, men were walking their dogs etc… I could not believe what I was seeing. Why on earth were the local police not educating these people on how to properly walk along a four lane road, rather than let them walk in the middle of traffic?