Perils of News at the Speed of Light

The speed of news on the internet needs to always be carefully analyzed, before accepting it as the truth. Sometimes it's just not true...or is it? 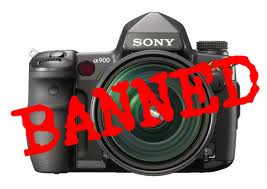 In the “dark” ages of Newsmedia, before the Internet came to mess things up, a story like the one that appeared in the Kuwait Times on Saturday, November 20, would have never made it into the world, as the “truth” would have had enough time to catch up with the “lie” and the ensuing confusion.

On that day the leading newspaper in this Middle Eastern Gulf State published an article that The Ministry of Information, Ministry of Social Affairs and Ministry of Finance recently had came to the conclusion that photography should be used for journalism purposes only, which resulted in the ban of Digital Single Lens Reflex Cameras (DSLRs) in public, on the streets and in malls. The leading newspaper published this article and the 2.5 million expats in the country and the rest of the world raised an cautious eyebrow towards a potential human rights violation. Kuwaitis however were not too much up n arms. That was only the beginning. Than in the next couple of days, actionable response crisscrossed the internet and outrage began to grow, as did confusion. Why were only the big and expensive DSLRs with big lenses involved in the ban and not the pocket ones or even Smart phones.

Now anyone with an unobstructed mind would instantly recognize something amiss here, especially since digital photography coming from the new iPhone G4 rival all but the most expensive DSLRs. Something fishy was my initial reaction, while opposition on the internet against the Kuwaiti government was rapidly growing.

Culturally however there is another consideration at play here; something called the right to privacy. As we in the West are already in an advanced stage of throwing our entire life, family and history on Facebook for anyone to see, there are many countries less exposed to this type of openness and consequently a big black camera tends to worry people that their pictures are being used for the wrong reasons, let alone the loss of religious spirits and other good cultural stuff.

In any case, the story got immediately picked up and accelerated by the Los Angeles Times and in a matter of days exploded onto the world scene, until this morning the Kuwait Times profusely apologized for unchecked reporting and publishing: The Government of Kuwait never issued this ban it said and the newspaper retracted it. End of story….or is it?

As a “conspiracy” aficionado ( I love a good story) I prefer to think the Government thought it could slip one in unnoticed, have the time to slowly turn it into a law with teeth and avoid the wrath of the world exposure by building a story that people are entitled to privacy. I think some people in government may have been miffed with the rapid development of people’s rights. Maybe one got photographed while doing something illicit and found support with his cronies to put a stop to that. Democracy and Human Rights are great, but feed it to them in small portions.  Not unusual. That’s how things go in real life in many countries. Problem here might have been that the Kuwait Times picked up the scent of the story and published, before the government could have fabricated the “justification” behind the ban.

Before the internet, they would have gotten their way. With the speed of the internet, that option has died. How inconvenient!
History will let us know if that is called progress or regress however.