Pétanque Tournament All Set To Go

The 4th edition of this wonderful pétanque tournament is looking once again at blue sunny skies, comfortable temperatures, great players field and fun and friendship. 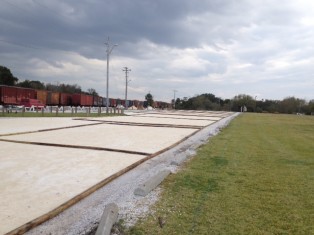 The rough work is done, the courts are in. Thanks City and AIBC!

More than 260 players are ready to show us once again why Pétanque is such a marvelous pastime sport. When the Pétanque America Open kicks off tomorrow with a whole day of “clinics, no less than 3 former world champions and players from 10 foreign countries how flown in this year to compete for the $7,500 purse. On the roster are France, Belgium, Netherlands, Canada, Slovakia, Germany, Mexico, Israel, Cayman Islands and Morocco. For the first time in the history of pétanque in the U.S.A., the three European masters will participate on Friday in a 100 boules shooting contest, something you do not want to miss according to the Amelia Island Bound 2012 Pétanque Facebook page.

We already reported that in the past week the Amelia Island Boules Club became the biggest Pétanque Club in America, easily surpassing the clubs in New York and Fresno and still growing daily with new members, definitely underscoring Philippe Boets’ original thought that if you can make it fun, friendly and inviting, people from all ages, ability and walks of life will join.

Under the spirited leadership of Amelia Island Boules Club president Jimmy Weinsier, a group of volunteers managed to get the courts tournament ready on Wednesday night and the rest of the tent village entourage erected on Thursday. 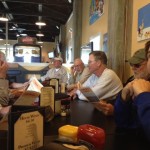 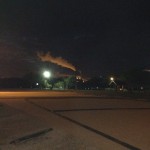 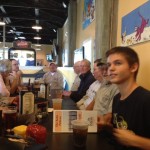 Finishing touches early on Friday morning, a gorgeous weather forecast and off we are to the 4th Tournament in as many years.

We are looking forward to see many old friends and welcome as many new friends.

Thanks Philippe, for recognizing that Amelia Island was made for Pétanque. 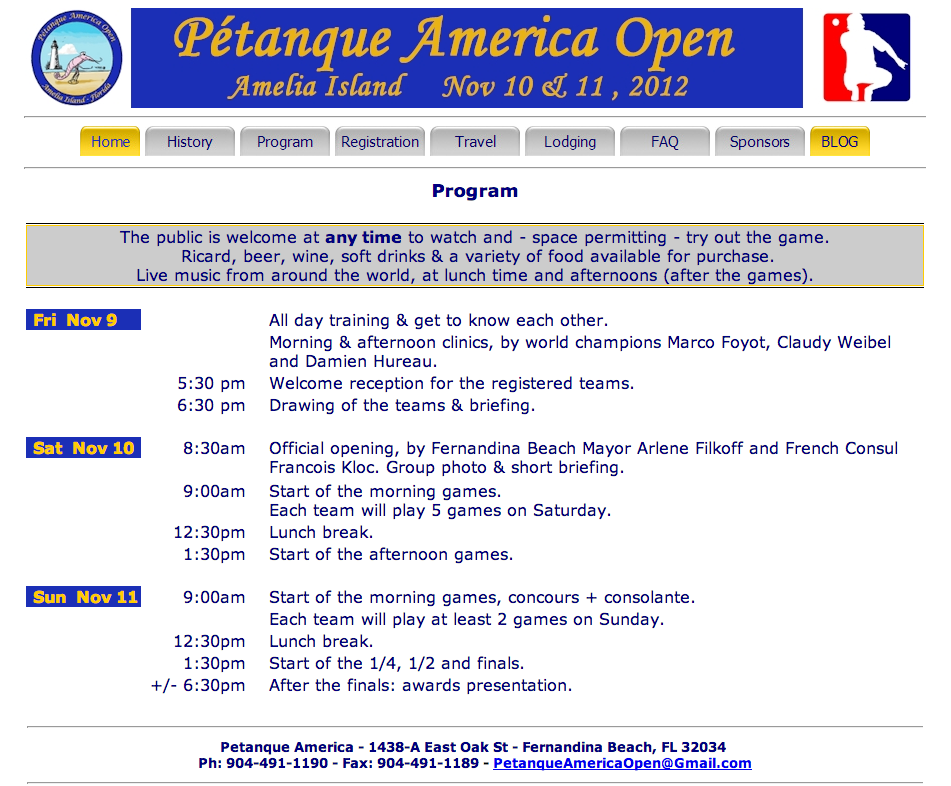 Program for the Tournament Days