November 13 and 14 will showcase the second Pétanque America Open Tournament on the Historic Fernandina Waterfront with top players from around the world. 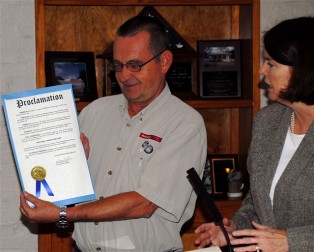 Remember all the hoopla and Oh lala we had going on in historic downtown last year November? We had a new kid in town and its name was Pétanque and its ambassador was Philippe Boets.

Six months earlier Philippe had moved his US headquarters from Greensboro NC to our little barrier island and introduced the population to his Boules of Steel. Not afraid to put some sweat behind his move, Philippe set his eyes on organizing on an Open Pétanque America Tournament in the second weekend of November with invitation to top players from around the world.

When he arrived on Amelia Island, only a small number of expats (like myself) had heard about the game, let alone played it. It was explained as a sister of Italian Bocce Ball and a cousin of Horseshoe. The Italian reference I could see, although in southern Italy bocce is only played on the beach, but the horseshoe comparison completely escaped me as a very distant cousin. The century old game of Pétanque originated in the French Provence and soon after its birth was adopted by Ricard Apéritives as the village square ballgame for all ages. The game requires an atmosphere of “laissez les bon temps rouler”, which is created by camraderie, sportsmanship, a certain ” je ne sais quoi” and a good mixture of laughs and spirits.

Philippe assessed correctly that such a game would have a great future on Amelia Island and in particular in and near the historic town of Fernandina Beach. In no time flat people started building courts in their back and front yards. Restaurants and Happy Hour Bars quickly saw the great fun of combining outdoor game fun with the consumption of food and beverages. A local club has been formed and counts some 40 members who play at least twice a week in varying locations. The city of Fernandina handed Philippe a proclamation that pronounced the second weekend in Fernandina the Official Pétanque America weekend. Merchants, hoteliers and private people got quickly into the game when they saw some 200 players from around North America and the world congregate in downtown giving the waterfront an impression of being on the French Riviéra. World champions showed incredible performances with these baseball size metal balls and a little piglet.

Some of the best known gourmet chefs in the world came to our shores to play in the tournament as we soon discovered that food and pétanque go hand in hand. Jacques Pepin and Michel Nischan fell in love with our island as did many of the other players. Even though the winner’s purse in that first tournament was comparably small, and would not even pay for a transatlantic roundtrip, most teams as well as last year’s undisputed top contender Belgian Claudy Weibel, are coming back this year and staying longer. Last year they didn’t now about us and our island, now they want to know a lot more. We actually hear some of them considering finding a place to live here. 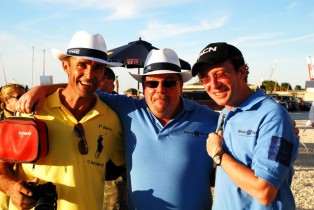 Last year Philippe and his righthand woman TJ prepared for about 90 teams, some actually playing on makeshift courts at the downtown marina parking lot. Not so this time. The team count went all the way up to 120 teams, and more could have been entered, but rapid growth is a dangerous drug for any organization. So a 35% growth over last year’s event was considered enough.

“The courts will be professionally gravel packed”, says local entrepreneur Dave Mason, who was the first one to our knowledge who build a court at his home a year ago and has been practicing to make an impact in this year’s international competition. He and many of the other founding members of the local Pétanque club will take a load off Philippe and TJ’s shoulders by arranging for food concessions, product sales, court maintenance etc.

This year will also showcase a stage for live music and Philippe asked his famous concert pianist brother to come and perform old tunes during the tournament.

It only takes the weather to cooperate like it did last year and we are going to have a momentous event brewing for the weekend of November 12, 13 and 14th.   A tradition has started.