Playing Chicken in the Eurozone

Austerity and fiscal responsibility do not sit well with European voters. 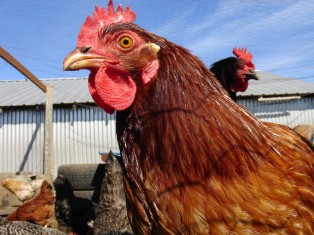 As France and germany are playing chicken, Greece is contemplating an exit

Investors once again seek the shelter of U.S. Treasuries as the PIIGS play chicken with Germany and austerity measures in the eurozone. The weak economies and propensity for overspending among Portugal, Italy, Ireland, Greece and Spain continue to drag down the European economies. Voters in France and Greece are rejecting austerity measures and once again favoring far-left presidential candidates, creating considerable uncertainty in world financial markets.

The new kid on the block in Greece is Alex Tsipras, and he is not a supporter of austerity measures. It is one thing to denounce the deal inked with the EU-IMF as a candidate.  It is something altogether different to call the deal null and void once your political party gains momentum and you move into a position of influence.

Investors are now waking up to the small but very real possibility that Greece may leave the eurozone. The Euro once again cracked the $1.30 level, despite holding up quite well in the face of Spanish debt worries and a eurozone recession.
Will European leaders drive full force against Greek voters? If so, it could paint the upcoming June election in Greece as a referendum on continued Greek participation in the eurozone. If Greek voters reject austerity, then bailout payments will likely end, resulting in outright default and an inevitable return to the drachma.
On the other hand, Germany and other creditors stand to lose in a default situation and may be inclined to soften their stance in the face of a far-left victory in Greece. Most Greeks do not want to leave the euro, either. Although an orderly default is clearly needed to contain the hemorrhaging, it is not certain if that is now even possible.  Who will swerve first in this economic game of chicken?

All Not So Gloomy in the U.S.

Despite turmoil and uncertainty across the Atlantic, the U.S. economy still found some reasons to celebrate recently:
• The National Federation of Independent Business (NFIB) Small Business Optimism Index rose in its most recent month and stands near a cyclical high.
• Employment growth has slowed, but March job openings inched up to 3.74 million, the highest since July 2008.
• U.S. equities, although down 4.5% from the April 2 peak, substantially outperformed their European counterparts.
• March exports increased to a record $1.86 billion.
• Weekly jobless claims are back down near the cyclical low.

Europe, Europe, and more Europe.
• French voters made their choice, as Greece continues to wallow in political turmoil.
• Voter angst clearly speaks out against the need for austerity.
• Ireland holds a referendum at the end of May on the EU’s fiscal pact, and a No vote could embolden France’s new leader to challenge Germany further.
Latest look at housing and retail sales data.
• A recent drop in homebuilder confidence is reflected by sluggishness in housing starts and permits.
• Retail sales data is likely to disappoint as an earlier Easter pushed sales into March.
Facebook stock set to debut on May 18.
• Current expectations for the initial public offering (IPO) are $28 — $35 per share.
• Initial interest is huge, which means most small investors will have to wait until shares begin trading on the secondary market before they can participate.