Politicians often use low probability disasters to initiate laws and ordinances that not only don't serve anyone, they derail real solutions for years to come. 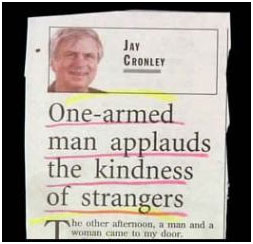 Is this meanness or ignorance?

I was born two years before the Southwest part of the Netherlands was flooded in the worst natural disaster in its history; it took the lives of almost 2,400 people living on coastal islands in the province of Zeeland. (Yes New Zealand got its name from there). On the night of January 31-February 1st, 1953, the combination of a extreme Springtide and a European Windstorm, raised the North Sea’s water level to 18 ft above normal, which for a country that lives mostly below sea level, turned disastrous.
European Windstorms are severe cyclonic storms, much like hurricanes, but occur mostly in wintertime and spring tides as caused by the gravitational force of the sun and moon alignment with our planet. This afternoon’s Super Moon happens for us here in Florida on a quiet beautiful day, but in affected areas where a storm is brewing, extreme high tides could cause substantial damage. And the interesting part of the interaction is that nature pretty much provides us with a precise timing of these events.
But nature’s messages seem to be mostly wasted on humanity, or at least on the authorities elected to prepare for these and other threats to mankind.

The great loss of life of the flood disaster in the Netherlands in 1953 was the direct result of the Government having laws in place that prevented radio stations to broadcast at night. The National Weather Bureau saw the weather patterns developing that could cause such a disaster, but never got the permission to let the affected people know.

It is commendable that technological progress has put an end to that form of stupidity (in this case it was religion based ignorance), however, after seeing the coverage of Japan’s disaster, I’m more and more inclined to question the medias competence to independently assess available information on its correctness and report it to the people.

With the unfolding Japanese disaster I was once again reminded of the political arena’s complete inability to understand risk and low-probability events. Analyzing this willful incompetence is a process I have studied over many years. As such it never moves far away from my conscious mind. I have been on Hurricane preparedness committees while living in the Caribbean and learned first hand that most real and workable answers are “politically unacceptable.” No politician will ever commit to any action that may endanger his re-election chances. Knowing that, I can build in an allowance for political stupidity, what irks me more however is that I cannot do that to any degree when it comes to the mind altering power of news reporting.

Here is what I mean:
Since the Japanese crisis, politicians are loudly and prominently reconsidering the further application of nuclear energy as if the possibility of a meltdown were new information. Is there even one person who can honestly say that they were clueless about the possible dangers of nuclear power? Considering our voracious need for energy as the motor behind EVERYTHING we do and accomplish, it is time to learn that energy is our lifestyle’s motor. Look around and be honest and imagine what you would see if there would be no power. You’ll quickly come to the conclusion that reconsidering nuclear energy is not an option
Some may not have imagined a gigantic earthquake as the catalyst for a disaster in Japan, but the average person understands that reruns of Chernobyl and Three-Mile Island are real possibilities and will happen, no matter if nature has a hand in it or it is human error. Knowing that, if you build nuclear reactor in a earth quake zone, you better include every possible scenario in the construction and design process and prevent any possibility to tamper or short cut the solutions.

This debate may be new here in the US, but the information is not. And that’s a big problem with the political process: politicians only discuss low-probability disasters after they happen – not a particularly smart approach.

The same scenario has repeated itself over and over again, and not only in the past decade. Think about the levees in New Orleans. Prior to Katrina, no one said a word about them. Afterward, it was a different story. The same goes for the BP oil rig explosion. The incident ignited an intense debate over offshore drilling. But the risks of drilling were no mystery prior to the event. Even September 11 wasn’t unforeseeable – the 1993 World Trade Center bombing was clear evidence of this fact.

The same goes for today’s financial crisis. Was it really impossible to foresee a market crash coming? Busts happen on a fairly regular basis. Yet we’re led to believe that this was the surprise of the century, something no one could have predicted. Today we’re looking a currency crisis and rapidly rising interest rates in the face (18 months from now at the outset), yet politicians and financial powerhouses have the press convinced that the long awaited economic rebound has arrived and from here on it’s smooth sailing “until the next tide”, as my blues buddy Jeff Malone says. We may look at a slightly more sunny immediate outlook, but it comes at the price of selling your soul to the devil in the old Blues Movie “Crossroads”.

In all of these cases, the government reacts after the worst-case scenario has already occurred and then promises to avoid the next crisis. But that’s all that it is: promises. And so the press is called in to help promote the idea that the same folks who NEVER understand the concept of “low-probability risk prior to disaster” will make sure that “the next big one will never happen again”.

Even though I am very serious about this topic, I’d like to close this editorial with a lighter approach as to why I don’t have the slightest confidence in the people that write for the mainstream media these days. Leno’s Late Night Show may present the following Headlines as funny “mishaps”, I qualify them as either stupidity, ignorance or just too busy to care. Humor is fine too. You pick. 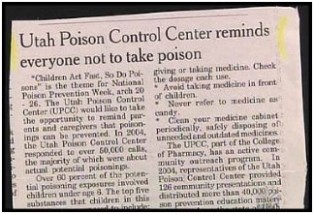 Thanks for the heads up...! 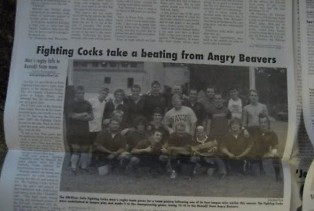 Sometimes you just have to smile at an opportunity 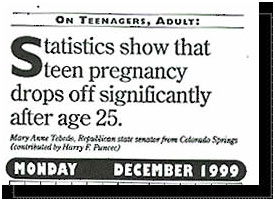 Really? Guess why that is... 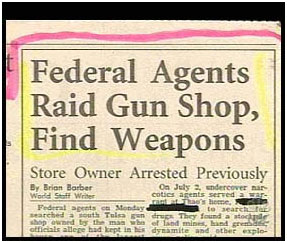 Nothing is what it seems these days..

Didn't know we had a choice... 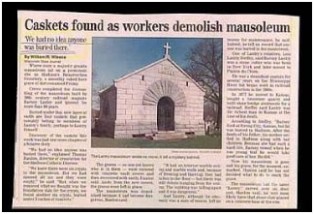 Oh no...people were buried there? 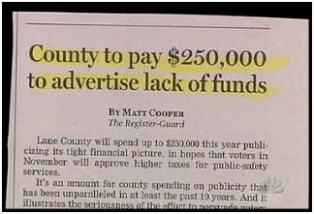 What can I say...someone elected them!?

Let me know when you find them. Orville and Wilbur send their regards.