Preparing for a Colonoscopy and More…

Now that I'm over 50, it is time for my recommended screenings and my general practitioner referred me to a local doctor for my first colonoscopy. 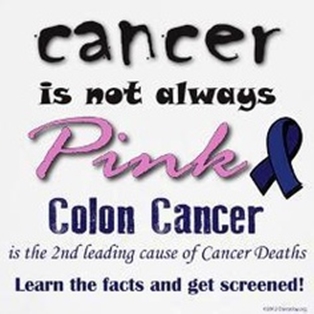 My recent check-up with my family physician led to conversations about pap smears, mammograms and the colonoscopy. Now that I’m over 50, it is time for my recommended screenings and my general practitioner referred me to a local doctor for my first colonoscopy.

Colorectal cancer is one of the more common cancers in both women and men, and it is one of the most preventable… with proper screening. Basically, a doctor examines the inside of the rectum and colon with a long, lighted tube. Growths that are seen, referred to as polyps, can often be removed during the procedure. Some are pre-cancerous and others are benign.

It has been found that removing these polyps could reduce the risk of dying from colorectal cancer because you are removing the polyp before it has the opportunity to turn into cancer.

I need a colonoscopy?
I made an appointment for a consultation after my friends assured me that drinking the substance to clear your bowels was the worst part of the procedure. I met with the doctor and he advised me that I’d be put to sleep during the colonoscopy. The anesthesiologist would put the medication in my IV, “The same medication Michael Jackson used.” The doctor said. 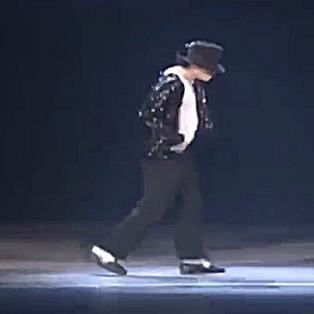 “Michael Jackson died of an overdose.” I quickly stated.

“Oh no, you will be fine. There will be a medical professional there to administer the drug.” He insisted.

I shook his hand and took the photocopied instructions we’d just reviewed. “Thank you,” I smirked nervously, and with my best Michael Jackson impression I sang, “He he he!” and moon-walked out the door.

What is PACE?
PACE is where the hospital pre-admits you for medical procedures. My appointment was three days after my consultation with the doctor, and two days after I learned the prescription he call in for SUPREP (a bowel cleansing medication) was a whopping $93.00! Couldn’t I just eat some bad oysters instead?

The hospital mostly had me sign a bunch of forms, and then I was asked a series of questions about my general health. I’m 51 and I’ve never had any surgeries, so this was all very new to me. I expected them to draw some blood, or something, but it was just paperwork.

SUPREP (I’m sure this is a registered trademark)
Feeling a little frustrated about the pending… well, intrusion of my personal space, I tried to find a positive spin. I began pondering whether this SUPREP “cleanse” could be used to my advantage? I was feeling positive, and thinking, “This could kick start my perpetual dieting!”

I read the accompanying literature. “The most common side effects of SUPPREP Bowel Prep Kit include:
-discomfort
-bloating
-stomach (abdominal) cramping
-nausea
-vomiting”

They are wrong. Let me tell you from experience, the most common side effect was explosive diarrhea!

I looked up advice online and quickly ran downstairs to put a bottle of water to mix with the prescription into the refrigerator. Actually, I put another six bottles of water onto the shelf in the fridge to cover the two doses I was required to take. I was to take one dose at 6:00 pm, and a second dose at 4:00 am, the morning of my procedure. Every comment said to drink the mixture “very cold” and “very fast”. Get it over with, like ripping off a Band-aid or jumping into the swimming pool.

Another GREAT tip I learned was to purchase a package or two or flushable wipes. (Worth every penny!)

I drank the mixture quickly. It was clear, like water; that suprised me. It tasted like a berry flavored drink with a distinctive saline additive. I drank it very cold, and I got the first 16 ounces down in just three gulps. Over the next 45 minutes I ingested a additional 16 ounce bottle of cold water every 15 minutes. As I finished the final bottle I heard a scurrying sound in my abdomen, similar to hearing squirrels in the attic – but those squirrels were now wrecking havoc on my bowels. I tossed the bottle into the recycling bin and headed straight to the throne. I’ll skip the graphic details which consumed the next two and a half hours of my life.

At 4:00 am, I did it all again. By this point I was convinced that you could look down my throat with a flashlight and see out the other end. By 6:00 am I felt confident enough to jump in the shower. I dressed between bathroom runs (literally), and arrived at the hospital at 7:00 am. 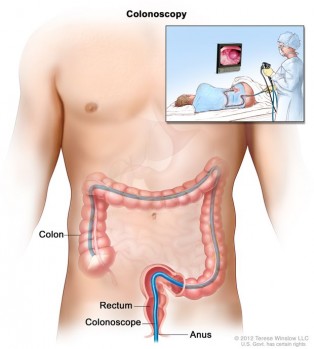 The Procedure
A friendly hospital volunteer escorted me back to the outpatient “holding” room and he encouraged me that the worst was over. (How did he know, I wondered?) He suggested where I should sit and told me where the closest bathroom was. (Again, how did he know?) A nurse came into the room and called my name. She assured my husband that I’d be fine and if he didn’t want to wait for me in the waiting room, they would call him when I was finished, so he could pick me up. The procedure requires a responsible person to drive you home because of the sedation.

I stopped at the restroom and the RN led me to a curtained cubby-hole that would become my home. I removed all of my clothing and put on the hospital gown as directed. I also put on a red pair of non-slip, hospital provided socks that absolutely clashed with the green-ish colored gown. She came back into my curtained room and covered me with a nice, warm blanket.

A little nervous, I laid there listening as the beds in the room were filled with others, all of us being round up like cattle to get a colonoscopy. I let out a quiet, “moooo” and chuckled knowing why the volunteer greeter told me the worst was over. He knew!

Having never had so much as my tonsils removed, I was asking questions the entire way, which no one seemed to mind. I asked them all if they had ever had a colonoscopy; most of them said, “Yes”. I felt better.

I was given an IV of fluids and the procedure was explained again. They were going to pump air into my rectum and swell up my colon like a balloon animal, then slide a camera in there and have a look around. I was asked the same questions by a variety of medical professionals over and over again, and I repeated my name and date of birth more times than I care to admit. Everyone I spoke with encouraged me to pass gas when I woke up from the colonoscopy, so I started apologizing with, “Well, then, please excuse me now” for the windfall that was looming to escape post-op.

“You are next.” I was told, so I got up and asked to use the facilities, again. I was given a pole on wheels for the IV, and I tucked the heart monitor cables into the pocket located on the front of my new make-shift dress. I tucked in other wires trying to free a single hand and waddled to the bathroom one last time – just in case.

I climbed back into bed and was wheeled into the procedure room. The nurse had me lay on my left side in a kind of jack-knife position and monitors were attached to the cables I was still wearing. The anesthesiologist described how they were going to put a little something in my IV to make me fall asleep, and the next thing I knew I was back in my “holding cell” with two nurses talking softly at the foot of the bed. Then I felt a bit of air escape… the inevitable flatulence that comes with the colonoscopy had arrived. I just giggled and let ’em rip. Listening to the others around me, “Name that Tune” kept coming to mind. If you could burp the alphabet, I wondered, could you fart the theme to “Close Encounters of the Third kind”?

Once I completed coherent sentences and nibbled on some crackers, peanut butter and juice, they called my husband to come pick me up. The nurse explained that they had found some polyps and gave me a package of discharge papers and said I needed to call the doctor for a follow-up visit within five to seven days.

Returning home I climbed into bed and slept for about three hours. I reviewed my discharge papers and decided I’d finish this article after seeing the doctor and reviewing my pathology reports.

Having a colonoscopy was not as bad as you imagine. Indeed, preparing for the procedure was the worst part and the nurses and other medical professionals respect your privacy… and dignity.

The Results
I made a follow up appointment one week after the colonoscopy and was led into the doctor’s office and offered a chair. He proceeded to pull out a folded up copy of the same discharge paperwork that I had, which included a couple of images. He referred to one of the images, showed me its location on a diagram and said, “Unfortunately, it came back as malignant.” He described what our next steps should be, but he could tell I wasn’t really listening. He stopped talking and asked me very carefully, “You do understand what I am saying to you?”

I stared at him blankly, closed my eyes and drew in a long, deep breath. I released the breath and opened my eyes, “Yes, I do.”

I’m writing this on a Tuesday; I learned that I have cancer this past Thursday. This was the same day as our first Relay For Life Committee Meeting for the upcoming March 5, 2016 event, an event to raise money for the American Cancer Society. March also happens to be the month for colorectal cancer awareness. While I had been a volunteer at our local Relay For Life event for a few years now, 2016 would be the second year I had volunteered to co-chair the event – ironic, huh?

Now, I am faced with making decisions that for now are still overwhelming; I’m certain some will become much less cumbersome once the remaining lab results are in.

So far, the hardest thing about having cancer was telling my family. My children, my husband, my parents, my brother, and myself are all going to face an emotionally hard time until we figure out how best to cope with this, as individuals, and as a family. With time, we will all find our own way.

But, while I’m still trying to wrap my head around the fact that I have cancer, I’d like to encourage everyone who reads this to ask their doctor about scheduling a colonoscopy. Cancer screening is important – don’t put it off! Let’s kick cancer in the ass – one butt at a time!