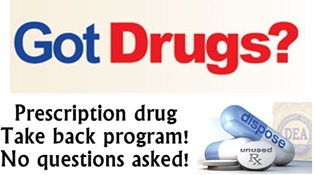 Prescription drug abuse is our nation’s fastest-growing drug problem, an epidemic whose source is too often right at home in America’s medicine cabinets. The easy availability of pain medications and a misconception that they are safer than illicit drugs even when abused, has led to shocking increases in prescription drug abuse.

Nationally an estimated 6.2 million people, 12 and older report having misused prescription drugs in the past month. Between 1998 and 2008, there was a 400 percent increase in treatment admissions aged 12 and over reporting abuse of pain relievers. And the Centers for Disease Control reports that the number of unintentional drug overdose deaths involving opioid analgesic pain medications more than tripled between 1999 and 2006, totaling more overdose deaths than those from heroin and cocaine combined.

Prescription drugs are easily diverted for illegal use. More than 70 percent of people who abuse prescription pain relievers say they obtained them from friends or relatives. When used appropriately, these drugs can be tremendously beneficial, and policies to decrease abuse of prescription drugs must balance the dangers of misuse with the need to keep them available for legitimate use. The president’s national drug control strategy outlines steps to reduce prescription drug diversion and abuse.

One of the easiest ways individuals can help reduce this problem is to properly dispose of unused or expired medications. Communities nationwide will be having prescription drug take-back programs this month, allowing individuals to safely dispose of expired or unused prescription drugs at collection sites operated by local law enforcement officials and approved by the Drug Enforcement Administration. This not only reduces the potential for diversion of these drugs, keeping them out of the hands of our children and others, reducing accidental overdose, but it also significantly helps reduce the impact of disposal on our environment. Appropriate and safe disposal of all medications should become the new norm in our communities. Take back programs are clearly a win-win for both public health and public safety.

As part of our efforts to address this problem, the Fernandina Beach Police Department and the Nassau Alcohol, Crime and Drug Abatement Coalition (NACDAC) are partnering with the DEA drug the nationwide drug take back program to collect potentially dangerous expired, unused, and unwanted prescription drugs for destruction.

This service is free and anonymous. No questions asked.

This initiative addresses a vital public safety and public health issue. Many Americans are not aware that medicines that remain in home cabinets after proper use are highly susceptible to diversion, misuse, and abuse. Rates of prescription drug abuse in the U.S. are increasing at alarming rates, as are the number of accidental poisonings and overdoses due to these drugs. Studies show that a majority of abused prescription drugs are obtained from family and friends, including from the home medicine cabinet. In addition, many Americans do not know how to properly dispose of their unused medicine, often flushing them down the toilet or throwing them away, both potential safety and health hazards.

Police officers from the Fernandina Beach Police Department will be collecting these unused or unwanted prescription medication at the Publix Shopping Center located at 1421 Sadler Road in Fernandina Beach. The event will be held from 10:00 AM until 2:00 PM on Saturday September 29, 2012. The Nassau Alcohol, Crime and Drug Abuse Coalition (NACDAC) supports this effort by providing the first 100 people that participate with the Drug Take Back Program with a $5.00 Gift Card to Publix.