About 145 petitions were filed with the VAB in 2013, a stark contrast to the 425 petitions filed before Mike Hickox's term. 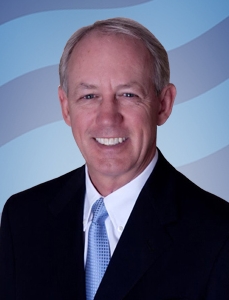 Nassau County, FL – The Value Adjustment Board (VAB) recently wrapped up their hearings and has determined that the Property Appraiser’s Office was fair in their 2013 assessments.

Approximately 145 petitions were filed with the Value Adjustment Board in 2013, a stark contrast to the 425 petitions filed the year before Mike Hickox’s term. “Majority of the petitions were resolved prior to going to VAB,” said Hickox. “Only 16 petitions actually went before the Special Magistrate without spending any additional money on attorney fees.” For the 2013 VAB hearings, the Property Appraiser’s Office didn’t spend any money on legal fees or outside appraisal or consulting services.

If property owners do not agree with their classification, exemption, or property value, they have the right to file a petition with the Value Adjustment Board within 25 days from the time the notice of proposed property taxes were mailed. The next step is the exchanging of evidence and hearings with the Special Magistrate, who then makes a recommendation to the Nassau County Value Adjustment Board. “Anytime during the year, we ask that property owners call our office with questions so that we may review their value with them,” added Hickox.

Of the 16 petitions that were brought to a hearing, only one was granted. Chief Deputy Kevin Lilly explained that there was an organization that incorrectly applied for an educational exemption. “Fernandina Little Theater applied for an exemption we felt they didn’t qualify for,” said Lilly. “We worked with them on filing for a charitable exemption instead, which was granted by the VAB.”