Enhanced is ingrained with positive feelings, which is why public relation specialists are now using it to make you feel better about getting a ticket or giving away your freedom. 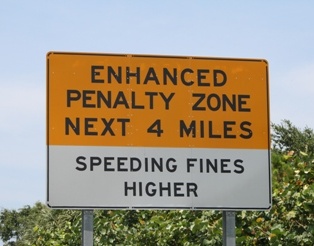 Smoke and mirrors, the USA Patriot Act and competing ideologies are a perfect playing field for public relation tricks to accommodate presidential objectives. Yesterday was a long day for me. I had to drive down to Miami International Airport to pick up my brother Thom and his fabulous 19 year old pooch, Chanel, which explains partly already why I volunteered for the long trip. Nobody in their right informed mind wants to take the chance to have a dear pet shipped transit through Miami Airport; a sure fire way to never see it again, and flying into Miami was the only direct flight option available. So, that explains why I made a crazy 800-mile round trip from Fernandina Beach to Miami International on Interstate 95.

A 19-year-old pet named Chanel, who still has her wits, enjoys walks and loves chicken and the beach, is reason enough to inconvenience ourselves a bit, in my opinion. It is by the way another good reason why I love living on Amelia Island; because people love their pets and generally consider them fully entitled members of the family. But this story is not about love for pets or even a boring long car trip. This story is about how people get fooled by stupid public relations tricks and deceived into thinking that all is well with the nation. The trip just gave me the time to think.

Somewhere between Cocoa Beach and Ft. Pierce I see a sign, well actually it’s almost billboard sized, which holds the following message: “ENHANCED SPEEDING PENALTIES FOR THE NEXT 20 MILES.”

The use of the word “enhanced” immediately rubs me wrong. Enhanced means something is improved, it gets better, or more user friendly. In general it implies “something just got better.” Another thing that bothered me is that there was no further explanation or reason for the statement. The sign did not even re-acquaint me with what the damn speed limit is on that particular stretch of Interstate 95 in the first place! Come to think of it, it seems that every county or city along Interstate Highways can impose its own limits as it sees fit.

Now I’m two hundred miles into the ride and 200 miles to go and my mind wanders off to the “enhanced” use of public relations tricks the government has been using in the last decade and it being September and all, my mind wanders back to that fateful day in 2001, as a result of which America elected security over freedom. Then President Bush allowed the hawks to create a law that sold out every law-abiding citizen to the whims of law enforcement paranoia. The Law was called the USA PATRIOT ACT and it was sold to the people as a public relations acronym referring to being patriotic.

It stands however for the “Uniting and Strengthening America by Providing Appropriate Tools Required to Intercept and Obstruct Terrorism Act,” Public Law No. 107-56. Unfortunately in this supposedly democratic society we have no SAY-SO in contributing or deciding on ‚ÄúAppropriate Tools‚Äù. Bush was an easy public relations victim and ignorance was his protection. I’m am miffed however with Obama, who as presidential candidate Barack Obama criticized the PATRIOT Act and promised, if elected, to reform it.

Well last week Obama called on Congress to re-authorize three expiring Privacy provisions later this year. Rather than suggesting improvements, Obama has endorsed and adopted as his own, very questionable Bush era policies of prolonged detention without charges, and surveillance of Americans without warrants or probable cause. Obama has indicated he may even go further, requesting new powers to arrest and detain people without charges, which in my humble opinion would be a direct violation of the Constitution.

Now these are not light accusations without a source of confirmation. These are actually publicly spoken opinions from the President that constitute the final assault on every American’s financial and personal privacy. If you really care about your freedom then The PATRIOT Act , is a must read, especially where it pertains to U.S. banking and finance, as it is the greatest single governmental assault on personal and financial privacy in American history.

The net result is that American banks and financial institutions, indeed all U.S. businesses, by law now are required to spy on their clients, “know their customers” and report any “suspicious activity” to the government. Understand that this Act, then and now, is still sold as being an “anti-terrorist” law. In fact, the Act’s police powers have been used broadly to investigate and prosecute all types of crimes, many having nothing to do with terrorism. In 2004, two federal judges secretly ruled that the Act could be used to investigate any criminal or other pending charges, even if unrelated to terrorism.

Hidden by the public relation acronym that implies that we’re dealing with laws that are supportive of patriotism, the Law is revoking everything the USA and its Constitution once stood for: your right to live life in liberty and the pursuit of happiness. When I flew into Atlanta International last Sunday, some power hungry immigration officer questioned me on my offshore activities, assuming my regular visits to the Caribbean Island of St.Martin fell into that realm. I had hoped that questions like these would have become a thing of the past with Obama and the democrats running the country. Apparently however, ‚Äúfinancial privacy and securing your well earned livelihood through diversification of sources and geographical areas has become totally un-patriotic or else we’re just dealing with another bout of public relation smoke and mirrors. I sincerely hope I’m wrong, but I do consider myself warned that the USA Patriot Act is going to be around for a long time to suit many administrations and presidencies and their particular needs and ideologies.