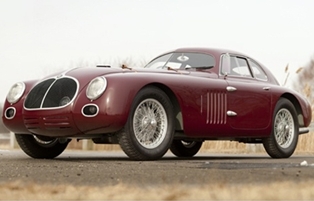 Part of the activities surrounding the Concours d’Elegance include an automobile auction on Amelia Island, Friday, March 12.

2009 FACT: Gooding & Company sold more than $83.2 Million of collector cars last year for a total of 211 lots sold at its annual auctions in Pebble Beach, California and Scottsdale, Arizona.

Amelia Island Auction catalogues cost $75 and admit two to the viewing and auction. General admission tickets can be purchased for $30 per person. The auction will be broadcast live from the Amelia Island Plantation at 5:00pm (EST) on Gooding & Company’s website. Bidder registration forms, press credentials and additional auction information are also available at www.goodingco.com or by calling (310) 899-1960. For additional vehicle information and up-to-the-minute news, follow Gooding & Company on Facebook and Twitter (at) GoodingCompany.