Recovery turns into the Great Correction

As Government and Main stream media still disseminate stories of recovery, the deflationary reality is that we are going into correction 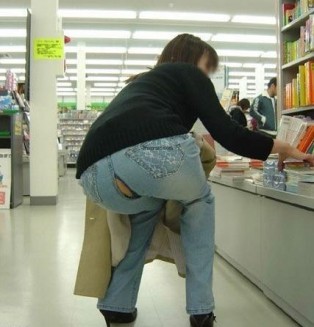 As the economy grew out of proportion, so did we.

My generational friends are all using music lately to underline some very important aspects of what’s going on in the economy.
Funny things is it all boils down to the same; we’re experiencing the Great Correction. There is no recovery and the actual cost of living is now in a deflationary state.
Agora’s Bill Bonner uses Bob Marley in an essay today that opens with

Time alone, yes time will tell
You think you’re in heaven but you’re really in hell.

Casey Research Managing Director David Galland finds recognition in Don Henley and the Eagles with Get Over It in a story yesterday that plugs self reliance,  rapidly disappearing in today’s society. More and more eyes are turning to Washington and state capitols for help, assistance, support, hand outs, bail outs as if the government actually produces income.
I need to refresh your memory here with the opening verse of Henley’s statement as a ‘cri de coeur’ for resistance. Here are the words:

I turn on the tube and what do I see
A whole lotta people cryin’ ’don’t blame me’
They point their crooked little fingers at everybody else
Spend all their time feelin’ sorry for themselves
Victim of this, victim of that
Your momma’s too thin; your daddy’s too fat

And here I pick up a mental picture that describes the essence of what’s going on.

The economy is like a fat man who is bending over, stretching his pants to the point where it starts tearing in the seams.
Hilarious at first, because the further he bends the more his seams split. But as the pants continue to reveal what’s underneath, the picture gets ugly.
It’s pretty much the same with the economy. Years ago we started feasting and buying bigger pants as we grew fat. But then one day in late 2007 we made an awkward move and a seam called “Sub prime” split. It split in the back so we couldn’t immediately see its effect but spreading it did, and soon after we found ourselves with a Greek seam, an iceland seam, a Dubai seam, a credit default seam,  and all of them were splitting the pants, yet no one wanted to be the messenger of bad news by telling the ugly truth: you’re fat. Now stand up and lose weight before it gets ugly.

You know how disgusting those pictures of obese, wobbly, sometimes hairy guys in their speedos are? That’s when you see people make ugly faces, rapidly turn away while make choking sounds.
You get the picture? If not, allow yourself to watch The Biggest Losers TV shows and you’ll get it.

Now it’s time to become brutally honest: do we buy him a larger pair of pants or do we tell him that it’s time to change the bad habits, lose weight and get into shape again.
The government wants to buy him a larger pair of pants and the media, always in search of the bizarre, loudly support the idea by saying: “we’ll worry about the real problem after the economy recovers. For now let’s buy bigger pants.”

One of the most interesting phenomena in human history is that we have survived almost 10 million years since we became bi-pedal by facing our challenges head on. And over those years we have become a practical problem solving race, that could find solutions for whatever was ailing. Yet we have never found an effective way to deal with an economic downturn, because we always went the mechanical route were the moral route provided the answers.

More than two years ago I asked my partners if their life in 1992 was a bad life. Back then I thought we would get our recession under control a lot earlier, but I had not counted on Bernanke’s printing presses and the political change of ideology which made it more compelling to serve some heavy bail outs. As a consequence of those bailouts and stimuli packages that are now floating on our collective backs, some 12 trillion green backs,  I have to now ask you “how were the eighties?” Did you eat? Did you have clothes? Probably a couple of sizes smaller. Did you have a car to drive to work? Did you have trips on your weekends or parties at the pool? Well I remember the 80s as the era of “I deserve it”, the time when the excess started. I was editing a client’s life story this morning and read: “We were very poor, but I didn’t know it because we always had plenty to eat, clothes to wear and a roof over our head.” In many countries around the world that is called wealth.

Back to the Future of the 80s

We’re looking at a great economic correction as a way to get back on track and develop solutions for fossil fuel issues. Recovery from our excessive lifestyle over the past several decades is not possible in strict traditional terms, because a debt fueled consumption pattern is unsustainable on the long term.
It has been said and repeated many times before “you cannot spend yourself out of debt”. Recovering from our excess spending is a moral dilemma, not a mechanical one. Like New York University economist Nouriel Roubini says: we have reached the point where “austerity is not longer optional.” We will have to face the truth, even though it’s fat and ugly. We have to slim down and become healthy again.

We can’t pull levers nor can we turn screws to stop a correction. We can only will ourselves to accept the inevitable. It’s a bit like old age if you will, the best you can do is to endure it with good grace; the alternative is worse. And while we’re at it we may want to re-apply some of our old problem solving skills, rather then looking for handouts, because those will soon be a thing of the past.