Recycle Your Soap and Shampoo

Clean the world is a Florida company recycling used hotel soaps to help save the lives of those living under filthy conditions. 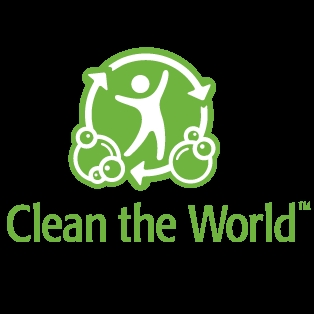 Recycle Your Soap and Shampoo

You may have read or heard about ways to recycle your own soap, but there is a company called Clean the World in Florida that recycles used hotel soaps and shampoos to help save the lives of those living under filthy conditions.

Many diseases are spread by poor handwashing, well, imagine if you lived somewhere where no one washed their hands! In 2009, two businessmen asked themselves what hotels did with the leftover sample sized soaps and shampoos their guests used. In their first year they found over 200 hotels and Bed and Breakfasts that wanted to recycle half-used bottles of shampoo, conditioners and bars of soap. Even Walt Disney World Resorts have jumped on-board!

Too many people die each year from respiratory infections and diverse kinds of diarrheal disease, however, in some countries soap is a luxury!

The company is trying to reach out to areas around the world and in the United States. Many recycled soaps were send to Haiti when it was struck by the massive earthquake recently.

Sometimes you hear about a company that is doing the right thing and you just want to help spread the word!

WALT DISNEY WORLD RESORT JOINS CLEAN THE WORLD IN AN INNOVATIVE PROGRAM TO RECYCLE SOAP
Orlando, FL – Walt Disney World Resort hotels are working with Clean the World to recycle all the partially used amenities from their nearly 28,000 Central Florida hotel rooms. Clean the World sanitizes the soap and shampoo that would be discarded and distributes these amenities to people in need around the world.

“With the support of with Walt Disney World, even more supplies will reach those in desperate need,” said Paul Till, co-founder and managing director of Clean the World, who is responsible for recruiting new hotels to join the Clean the World Hospitality Recycling Program. Through this program, hotels financially contribute a tax-deductible recycling fee in exchange for collection, recycling and free redistribution of partially-used amenities to those suffering due to a lack of available hygiene products. In 2009, Clean the World distributed more than 230 tons of hygiene products to countries worldwide including Haiti, Mexico, Honduras, El Salvador, Nicaragua, Uganda, Mali, Zimbabwe, Swaziland, Mongolia and Romania. By participating in this program, Walt Disney World Resort hotels are showing a commitment to saving lives and protecting the environment.

Clean the World in Haiti
“In the wake of the devastating earthquake in Haiti, Clean the World has stepped up its commitment to provide basic necessities to the impoverished people of the island nation, and has included medical supplies, food, water and other essentials as well. Since January 2010, Clean the World has delivered over 150 tons of supplies directly to Haiti.

In 2009, Clean the World delivered 200,000 bars of soap to schools, orphanages, clinics and churches in Cap Haitien, Haiti. Though its Haitian partnerships and distribution network, Clean the World is providing free soap to people desperate in desperate need for proper hygiene. In Haiti alone, 8,000 children die annually from diarrheal disease, which is preventable by up to 62% with proper hand washing.

About Clean the World, Inc.
An Orlando-based charitable organization, Clean the World, Inc. is committed to the prevention of illness and death caused by acute respiratory infection and diarrheal disease in countries across the globe. In an effort to prevent these needless deaths from occurring, Clean the World collects discarded soap and shampoo from hotels to be recycled and distributed distributes these soap products along with appropriate educational materials to domestic homeless shelters and impoverished countries people worldwide. In 2009, Clean the World collected, recycled and distributed over 230 tons of soap and other bathroom amenities to impoverished people worldwide. With the donations of these discarded soap and shampoo products, Clean the World Foundation is a step closer to reaching their goal of preventing the millions of lives lost each year – and they’re doing it one bar of soap at a time. Clean the World Foundation, Inc. is a non-profit, 501(c)(3) tax-exempt charitable organization.

For more information about Clean the World, visit their website at www.cleantheworld.org.