Written by Jeff Goode, scandal erupts at the North Pole when one of Santa's eight tiny reindeer accuses him of sexual harassment. 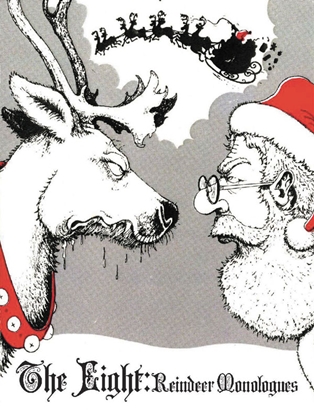 Looking for a way to entertain your adult company this holiday season? Check out The Eight: Reindeer Monologues, a dark, dark Christmas comedy.

Written by Jeff Goode, this is a story of scandal erupting at the North Pole when one of Santa’s eight tiny reindeer accuses him of sexual harassment.

As mass media descends upon the event, the other members of the sleigh team demand to share their perspectives, and a horrific tale of corruption and perversion emerges, which seems to implicate everyone from the littlest elf to the tainted Saint himself.

With each deer’s confession, the truth behind the shocking allegations becomes clearer and clearer – and murkier and murkier.

(Not suitable for children)

Will Friffith will be performing his stand-up comedy routine as the opening act to Amelia Musical’s Playhouse production of The Eight: Reindeer Monologues.

This is an OPEN HOUSE event so you can see the progress of the Playhouse (no tickets required).