Amelia Island is filled with colorful people with a rich and fulfilling career and lifestyles. Meet Rick Traum, yes that is his name, Emmy Award winning producer of the Late Night Show with Johnny Carson. 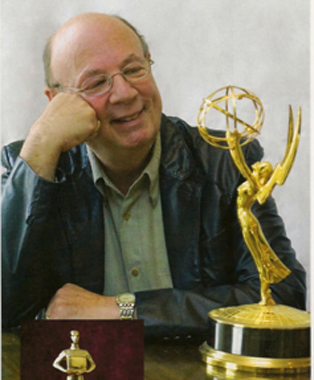 An island like ours attracts a wide variety of interesting people with high profile careers from all walks of life.
When I was a member of the local PEG channel (Comcast Ch 29) steering commitee about a year ago I met a gentleman on the committee by the name of Rick Traum and immediately my mind and memory took me back to the greatest of Late Night Comedians ever: Johnny Carson. It seemed that my memory told me that it heard Carson exclaim:  “Call Rick Traum…there is no such person with a name like Rick Traum”.
Well yes, there was and is a man called Rick Traum and he and his wife, author Nadine Vaughan, are now calling Amelia Island home after he retired from a long career at NBC, Saturday Night Live, Radio City Music Hall and even Walt Disney World.

I recently asked Rick to share some of his memories with us, especially the ones from the time he was with the Late Night Show with Johnny Carson. Here is one of those stories that bring back memories, at least for some of us.

My broadcasting career started as a Key Man and Gold Braid Page.
My earliest favorite memory was while covering the Jack Paar Tonight Show, I was assigned to the Studio 6B Green Room with politicians like Hubert Humphrey, as well as various stars and celebrities. Very exciting! The most memorable experience was when I was asked to drive the show’s guest singer Joanie Sommers to the airport. Boy, did I have a crush on her (especially when her #1 hit song was “One Boy”).

When giving out prizes to members of the studio audience, I was the Page that had to march down the aisle to hand out the envelope. Later, when Johnny Carson would play “Stump The Band” – I was then the “Commercial Producer” of the show –  I was no longer running down the aisle but Johnny read the envelope which told the winner that in order to collect the item, to “call Rick Traum…there is no such person with a name like Rick Traum”.
He used variations of that line on many shows. Alas, I have no video, but several 12” vinyl recordings. What I do have however is a link to one of the most memorable live commercials done by Ed McMahon for Alpo Dog Food. I was Commercial Producer for The Tonight Show when the following happened! Check it out:

Another memorable Page moment was when a select group of Pages were assigned to go to Washington DC and perform assignments during the Nixon-Kennedy televised debate in 1960. I got the assignment to take Nixon in a self-service elevator up one floor from the ground floor to the studio. The Secret Service warned me “Just push “2” as soon as you get into the elevator and hold it until Nixon arrives. Do NOT do anything else!”.

My serious fear was that what if just before I pushed “2”, someone in the basement of the building would press the button to call the elevator. That would mean that instead of the elevator going up with Nixon, we would have gone down!
Shots of being shot by the Secret Service were not far from my mind that day. What a feeling of being out of control! I held my breath as the elevator door closed, and luckily we went UP!

My experience as a Page introduced me to the wonders and excitement of Television as well as invaluable insights and knowledge of the industry and TV production. It was this “basic training” that led me to a long career at NBC that included working closely with Johnny Carson, and eventually becoming Head Of Late Night Programming and “Executive In Charge of Saturday Night Live” (1976-1980).

More about that later.