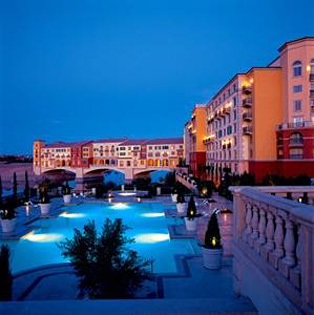 First Ritz Carlton to ever close its doors

In the wake of Obama’s faux-pas comment demonizing Las Vegas as being excessive, The Ritz-Carlton Lake Las Vegas has now announced that it is closing May 2, a victim of the economy and the steep decline in group business. The resort was built in 2003 with 348 rooms and suites but was foreclosed on several years later to be bought out of foreclosure by a subsidiary of German ‘Deutsche Bank’, which has now decided to quit funding the property.

First Ritz Carlton ever to  close

The property is the first Ritz-Carlton to ever close, according to company spokeswoman Vivian Deuschl. The resort holds the prestigious AAA Five Diamond status, but was hit hard by a massive decline in group business, Deuschl said.
“The closure is primarily due to the whole demonization of luxury meetings in general and in particular Las Vegas being used as a poster child of politicians as an example of where you shouldn’t go,” she said.
“No other destination that I can think of has been singled out so often. So obviously that has impacted group business, which is the lifeblood of this resort.”

The hotel is about 17 miles from the Las Vegas Strip past the suburb of Henderson on Lake Las Vegas has been hard-hit by the recession and has a high concentration of foreclosures. Even though Lake Las Vegas is one of the most affordable winter getaways in the Nation. The resort’s local attraction on the shores of the 320 acre lake that includes a white sand beach and waterfall will no doubt impact the area even more and the fact that it is a major global bank that pulls the plug here, tells me that we’re definitely not out of the woods with this recession.

Meanwhile there is another strange development in the foreclosure request proceedings of Maui’s Makena Beach and Golf Resort, formerly known as the Maui Prince Resort which has been ordered by circuit  court judge Raffeto to be sold at auction this spring to pay mortgage debts in excess of $192 million. No exact dates are mentioned.

The 1,800-acre resort was purchased for $575 million in a joint venture between a Morgan Stanley Real Estate Fund and Maui developer Everett Dowling in 2007. Wells Fargo Bank, trustee for the property’s mortgage lenders, filed for foreclosure in August 2009, claiming Dowling and Morgan Stanley had defaulted on more than $192 million in loans.

In September 2009, Benchmark Hospitality International was announced as the property’s new operator. That decision came after a Maui judge approved a Wells Fargo receivership request initiated by the bank in an effort to keep the hotel open.
Court appointed Chris Lau, a Honolulu real estate developer and broker said: “My job, ordered by the court, is to transition ownership since the current owners could not pay the mortgage,” Lau said in a statement.
And here is the stinger: Morgan Stanley, the global banking giant who recently purchased Smith Barney, with an asset portfolio of $797 billion under management lets a $575 million dollar investment by not coming up with a $192 million mortgage payment. And if you are a supporter of conspiracy theories, then you may want to dig a little deeper on the information that Morgan Stanley is 21% owned by Japan’s Mitsubishi Corp and 9.9% by the China Investment Corporation. China and Japan are two of the largest tourism providers to the Hawaiian Islands, but apparently the numbers don’t add up in Morgan Stanley’s books, which could be the reason that don’t intend to protect their stake in this hotel property.

And if that doesn’t smell like continued recession spirit, than I don’t know what does.