If you haven't figured out your new year's eve plans, you may want to consider the Black and White Masked Ball at the Ritz Carlton, Amelia Island 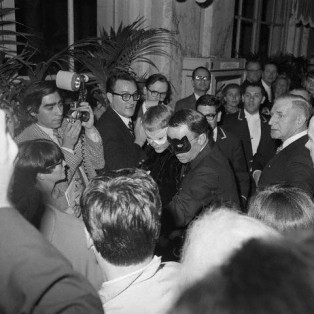 Masked balls have gone the way of crystal and silver spoons, relics of a lost elegance. Yet when I read that the Ritz Carlton, Amelia Island plans a New Year’s Eve Gala this year, reminiscent of Truman Capote’s most famous 20th Century Black and White Masked Ball, which took place at New York’s Plaza Hotel on November 28, 1966 , I became intrigued, especially since I heard the story of that famous night first hand from someone who attended the extravaganza, ostensibly in honor of Washington Post editor Katherine (Kay) Graham, but clearly a dedication for Capote’s monster novel “In Cold Blood”.

The news of the party became a New York Buzz word and a must attend event and is often quoted as the defining Masked Ball of the 20th century and the last one of its kind. 540 of the world’s top movers and shakers in entertainment, politics, arts and media came from across the globe to “Truman’s” Party as it became know in a showing of intimacy. On the evening of the party the streets of New York near the Park were packed with gaping onlookers and paparazzi as if a ticker-tape parade was to follow.

My introspection into this last one of the Great Balls in history came from Gordon Parks, sitting on a New York City bench in the summer of 1980. I was doing a photo shoot for a coffee table book that compared metro areas in the world and New York and Atlanta were part of the metropolis line up this side of the Atlantic.

Parks, already in his late 60s, famous film director, writer, photographer and jazz pianist/composer, happened to be sitting on a bench on the Central Park side of Central Park and Fifth Ave when I walked by with my equipment and decided to talk a load off for a minute. My photo equipment became the obvious connection point. 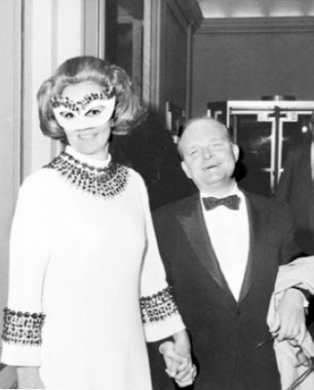 We became fast friends that afternoon as he told me about photography, Greenwich Village in the early 1960s, the Plaza Hotel across the street and the famous 1966 Truman Capote Black and White party that he had been invited to. He told me about Sinatra and Mia Farrow, Lynda Bird Johnson, Norman Mailer, Lauren Bacall and the entire American Aristocracy of the mid sixties and of 5ft. 3 inch Capote with an ego larger than life.

It kind of changed my life’s direction, as I moved permanently to the States just a few months later. All that came back to me, when I saw the Holiday Black and White Masquerade Ball Theme the Ritz Carlton Amelia Island is featuring for this New Year’s Eve to Remember.

They will get you on the floor dancing, all the way up to the fireworks. The evening begins with an aerial bartender pouring champagne and will be reminiscent of the legendary Truman Capote Black & White Ball of 1966 when Capote invited 540 celebrity friends to wear black and white masks to celebrate “a night to remember.”

The ballroom will have a black and white dance floor and a festive décor to create an extraordinary experience. Black and White attire is encouraged. Masks will be provided but guests are welcome to bring their own masks to add to the festive atmosphere.
The menu includes seafood bar, antipasti bar, seared scallops, wild salmon, hand carved prime rib, suckling pig and exquisite desserts.
Price: $185/person (includes gratuity)
Place: The Ritz-Carlton Ballroom

I still have a smile on my face remembering Gordon Parks telling me that he didn’t wear a mask to Truman’s Party, because as he said: “With a mask people wouldn’t know that I was black. My guess was that I was invited to make it a real black-and-white ball. After all it was 1966 and Martin Luther King was still alive.”

Thanks Ritz Carlton for bringing the elegance and fun of a Masquerade Ball.
For the entire Ritz Carlton, Amelia Island’s Holiday Dining Options and Celebrations go Here.