UPDATED ARTICLE: Only one Fernandina Beach police officer fired any shots during this incident and the identity of that officer is not being released at this time. 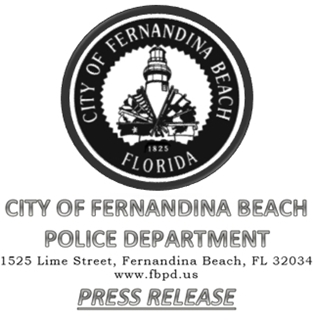 Fernandina Beach Police Press Release: (This article has been updated, please scroll down to read the new information.)

At about 10:41 AM, April 27, 2015, an individual attempted to walk out of the Amelia Island Walmart Store on South 14th Street without paying for a large flat screen television set. The man was approached, confronted and detained by a Walmart Loss Prevention employee. The man turned violent, produced a syringe and threatened to stab the Walmart employee. As the employee backed away the suspect fled the store with the television and entered the driver’s seat of a black truck. The suspect and vehicle description, including tag, were broadcast as an armed robbery in progress while the incident was still occurring.

Fernandina Beach Police Department officers responded to the area and observed the suspect vehicle attempting to leave the area in a reckless manner, fishtailing, weaving in and out of traffic, driving over concrete curbs and grass areas, before fleeing at high speeds. A vehicle pursuit ensued which led through the Loop Restaurant parking lot and then westbound on Bonnieview Road, which is a two-lane residential road posted at 30 MPH, which is currently closed to construction. The suspect barreled through two barricades, knocking the barricades out of the roadway. The suspect’s speed exceeded 80 MPH westbound on Bonnieview Road until the driver realized that the road was a dead-end into the saltmarsh.

The suspect made a U-turn and proceeded eastbound on Bonnieview Road, passing the first police vehicle and almost striking the opening door of the second police vehicle. The suspect attempted to stop or make another U-turn, but instead drove off the gravel roadway into a ditch. At this point officers verbally ordered the suspect to stop, but he refused verbal commands, refused to show his hands, and continued spinning the vehicle tires in an attempt to move the vehicle from the ditch.

During the course of this confrontation the suspect was shot by police and suffered a head wound. The offender was transported to Shands Hospital in Jacksonville and is listed in critical condition. The female passenger was incoherent at the scene and could provide little information about the suspect, the vehicle, or their recent activity. She complained of a shoulder injury as a result of the crash and was treated at Baptist Medical Center Nassau. She was later able to give investigators a statement, claiming that she and the suspect were on “a meth binge.”

Only one police officer fired any shots during this incident and the identity of that officer is not being released at this time. The Florida Department of Law Enforcement responded immediately to handle both the crime scene processing, as well as the investigation into the police use of force.

At 4:15 PM the identity of the suspect was still unknown. He remains in critical condition at Shands Hospital. 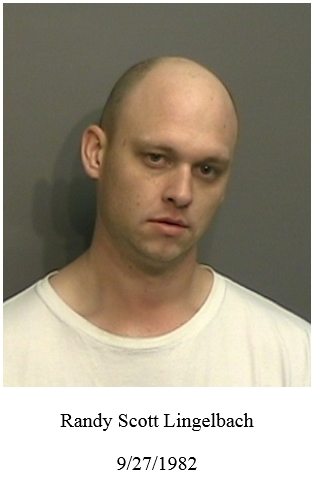 The man police say brazenly walked out of an island Walmart store yesterday morning and then resisted detention by the store Loss Prevention Officer and Assistant Store Manager has been identified as a violent career criminal from Brunswick, GA.

Randy Scott Lingelbach, 32 years of age, has been arrested more than twenty times and has been charged with at least sixty-nine criminal offenses, to include 11 drug violations, 9 retail thefts, 3 robbery counts, 3 burglary charges, assault, resisting arrest, criminal conspiracy, tampering with evidence, and many others. The passenger in the vehicle, which has now been reported as stolen to the Brunswick Police Department, has been identified as Laura Rebecca Harden, also of Brunswick, GA. At this time neither has been formally charged with any crime.

The video from several Walmart store cameras show the confrontation with the suspect in the parking lot and will be available to the media at the police station at 3:00 PM today.

The Florida Department of Law Enforcement (FDLE) is continuing to work the use of force investigation as an independent law enforcement agency, at our request and through an established Mutual Aid Agreement. The Fernandina Beach Police Department will work the armed robbery investigation at the Walmart store and subsequent criminal violations.