This year, the Shrimp Festival Committee, along with the community, will show Rosa Adams their heartfelt appreciation by recognizing her as the 2015 Grand Marshall. 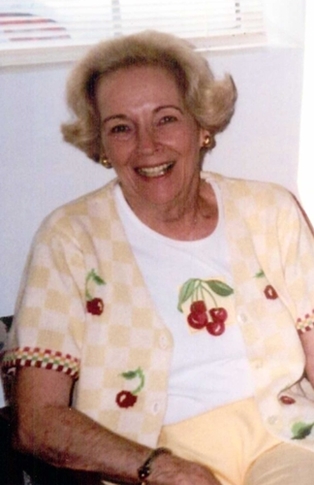 All images are courtesy of Ms Rosa Adams.

In November, 1963, a well-educated woman from Kentucky, Rosa Adams, the full-time supervisor of the Marina Welcome Center located in Fernandina Beach, was invited to attend a meeting where shrimp boat owners felt they could create something larger than a simple shrimp boat race. With her experience in public relations, that idea has grown into an annual festival with over 150,000 visitors expected in 2015. The Isle of Eight Flags Shrimp Festival, always held the first weekend in May, celebrates its 52nd annual event May 1 – 3, 2015.

This year, the Shrimp Festival Committee, along with the community, will show Rosa Adams their heartfelt appreciation by recognizing her as the 2015 Grand Marshall. The festivities begin when she takes her place at 6:00 PM, riding in the Pirate Parade on Thursday, April 30th, the traditional kick-off to this amazing weekend in Northeast Florida.

Having served on and off of the Shrimp Festival Committee for over 20 years, listening to Miss Rosa reminisce of the earliest days of the Festival took me back in history. At the time of the inaugural Shrimp Festival you could purchase a man’s short sleeved dress shirt for only $2.99 at Partin’s on Atlantic Avenue, and a one pound can of Maxwell House coffee was just 48 cents at Food Fair. 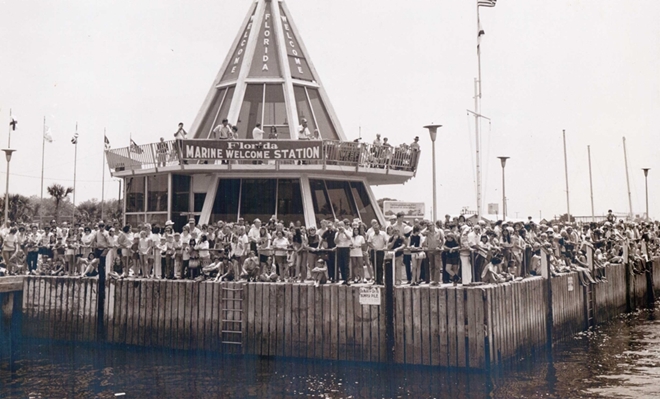 The teepee shaped Marina Welcome Station was a joint venture of the Florida Development Commission and the City of Fernandina Beach. The only state-staffed and maintained marina welcome station in the world, at the time, this was the first marina stop in the state if you were heading south. Employed by the Florida Development Commission, she welcomed the mariners with clean showers, tourism brochures, up-to-date maps of the waterways, and samples of Florida’s famous orange juice. This was a time when electronic communications consisted of the teletype machine, and NOAA weather reports came from the Jacksonville airport weather office at Imeson Field.

Hugh Stone of Standard Oil would tell people, “Stop at the welcome center in Fernandina Beach and ask for Rosa Adams and you’ll get the best information.”

Before Adams involvement in what was locally known as the “Shrimp Boat Festival”, Fernandina Beach was virtually unknown, except for a few business leaders in Jacksonville. Ruth Brown, executive secretary of the Fernandina Beach Chamber of Commerce once wrote, “We feel most fortunate to have a lady of Mrs. Adams caliber to work with in our joint endeavors to promote tourism in the Fernandina Beach area and in the State of Florida as we feel that she is symbolic of public relations in its best form.”

Once she began promoting the area and it’s Championship Shrimp Boat Races on television, radio, and print media, both nationally and internationally, wealthy developers, and businessmen in Tallahassee, began to take notice of Fernandina Beach… “And the rest”, they say, “Is history.”

In 1972, Miss Rosa received a plaque, shaped like the state of Florida that read, “Presented with deep appreciation to Rosa B. Adams for untiring effort and outstanding contributions to Eight Flags Shrimp Boat Races by Fernandina Beach Chamber of Commerce.” Mrs. Adams’ professional and personal contributions have been recognized widely by a variety of civic organizations and clubs in Florida and the U. S.

Married to the late Don Adams, Miss Rosa’s most important duty was that of wife and mother. The couple raised three children working shoulder to shoulder with the most highly respected people, locally and around the world. Taught as children to treat all people in a fair and equal tone, the couple retired in 1995.

Of herself she wrote, “Ms. Rosa Adams, the writer, was born during the Great Depression in the foothills of Kentucky, crying, naked, wet and hungry.”