Europe is floating on ideas that have no merit and the US market is slowly accepting that Obamacare is going to be a fact. 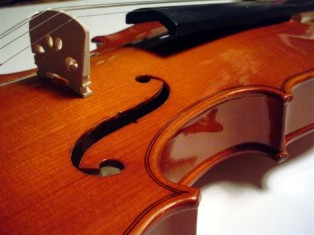 It's the same old song and will be throughout the summer

It’s a tired tune so far this year, but the song of the ongoing European debt crisis was accented by the familiar refrain of the American healthcare debate as the Supreme Court weighed in. Although financial markets were singing the blues last week during the initial announcement of the Court’s mostly positive ruling on the Affordable Care Act (“Obamacare”), stock prices later jumped up by 2.5% on Europe’s announcement of a bold move to rescue debtor nations. Specifically, it was news about plans to create a single banking supervisor who could prevent future banking crises by having authority to capitalize the European banks. The song is not quite over though, as debate will continue over specific terms of the new euro-zone bonds.

Meanwhile in the U.S., healthcare and related stocks reacted mixed to news of the ruling on the Affordable Care Act. Anticipating reimbursement for some expenses, hospital stocks generally surged on the news, as did those of Medicaid-focused firms. Health insurers, however, lost ground.  Expect economic and political ramifications to continue developing in the coming weeks, months, and even years. This debate clearly is not over, despite the high court’s ruling.

Although it has not been welcome news for energy stocks, the recent decrease in the price for gasoline has been welcome relief for drivers. The average price nationwide is down 10 cents to $3.47 per gallon. The SE is enjoying the biggest decline. Local gas prices are now around $3.13 per gallon, and 10 of the cheapest states for gas are all in the south. Some Jacksonville locations are rumored to be selling gasoline at less than $3.00 per gallon.

Friday’s labor report
•    Nonfarm payroll growth has slowed considerably in recent months, and recent jobless-claim data has not been encouraging.
•    The unemployment rate in May ticked up to 8.2%.

Independence Day
Stock and Bond markets close early on Tuesday and will be closed all day on Wednesday in observance of Independence Day. Many of us will have this time off to spend with family and friends. It is a great time to reflect upon citizenship and the great freedoms we enjoy as Americans. Have a safe and happy Fourth of July!