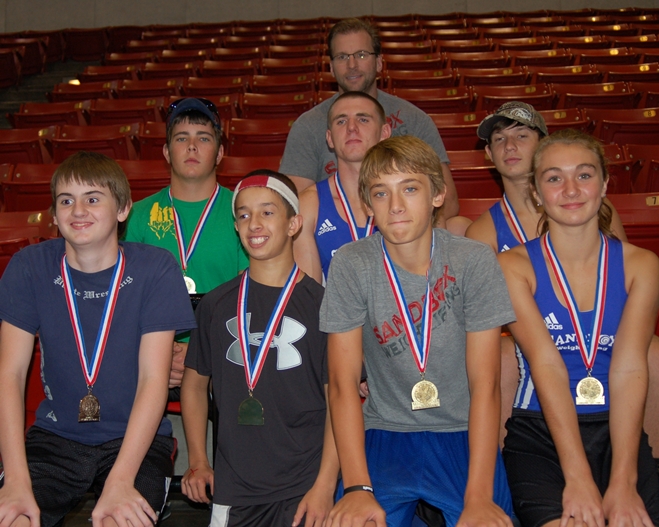 In total we had 12 competitors, older adults on our team, who also placed in the competition:

Gavin Knight and Spencer are both nine years old and were competing in the under 17 year old and under 50kg weight division competition. They each weight about 36kg. Next month they will be in the 12 yr old and under competition and will have a much better chance at the Junior Olympics!

Most importantly, each one of our athletes set Personal Records (PR’s) at the competition… what a great and motivated group!!!

Friday, June 24, the team will travel to Flowery Branch, Georgia to compete in the USA Weightlifting School age Nationals and in July several members are qualified for the AAU Junior Olympics held in New Orleans.

The team is made up of young athletes from Fernandina and Yulee. The team will sponsor a car wash with BBQ at Kmart on Saturday, July 2nd, to raise funds to make the trip to New Orleans. Tickets can be purchased in advance from team members, at CLUB 14 FITNESS on the island and c2 Sandbox Athletics in Yulee.

Sandbox Weightlifting is an affiliate of Lift Florida, an organization that encourages and develops young lifters ages 12-19 by helping them receive athletic training, equipment and a facility to perform physical training with excellence. You can learn more at LiftFlorida.org.