Security Discussions around the BBQ Grill

From the latest figures we can now learn that Osama bin Laden has cost the Nation $3 trillion over the past 15 years. 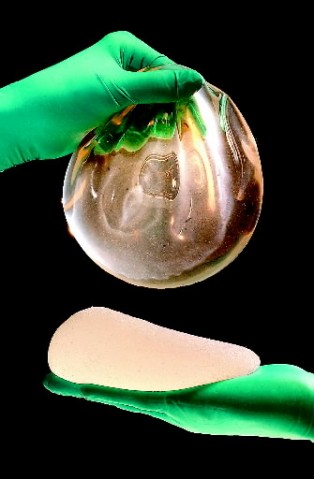 Fear of the exploding Implants

One of my personal definitions of stupidity follows from some people’s inability to correlate cause and effect. That doesn’t necessarily make me arrogant, nor the most popular guy on the block, but after a week back on island from a two week trip to New York, I’m a bit discouraged with the level of political and economic understanding I hear around the BBQ party circuit of Post Independence Day Summer Fun.

Here is an example of what I’m referring to.

In a conversation about freedom it was mentioned that “THEY hate us for our freedom.” “They” was not really specified but presumably the person meant the Islamic Jihadi, and from what we know about their leadership is that they full well know that the vast, overwhelming majority of the economic damage to us caused by a terrorist attack is our self-inflicted irrational response to it, and that includes adopting policies that promote corruption and autocracy. And from the latest figures we can now learn that Osama bin Laden has cost the Nation $3 trillion over the past 15 years.

And what did we really get back for that investment? In 2004 bin Laden said that his policy was to bleed America to the Point of Bankruptcy, much in the same way as the US helped Afghanistan (and bin Laden) bankrupting the Soviet Union which led to the end of the Cold War. But guess what, as soon as we put OBL in a watery grave, Homeland Security presents us with our next fear: Suicidal Iranian Dolly Parton’s with explosive implants. Yes, this week we were introduced to the “growing” threat of airplanes being blown up by individuals with surgically implanted bombs. Really??

So now the conversation moves from freedom, something we have little left of in comparison with pre 911, to the loss of civil liberties and the fact that the economy can no longer afford these wars.
Well the term Homeland Security implies some form of accountability and proof that the US’s wars since 2001 should have some positive correlation with US Security. We should have been safer. If anything I dare to say that they have decreased US security. None of these wars have accomplished anything, other than killing lots of young Americans and putting corrupt governments in power, ready for the next big battle 10 or more years from now. The word “cost,” in the context of Cost of Security measures the outcome in terms of money. However, the outcome should be measured in terms of the destruction of civil liberties, completely defiling the constitution, torturing and ruining lots of collateral damage people who didn’t do anything wrong, crippling and killing teenage Americans and killing innocent civilians in Iraq, Libya, Afghanistan, and Pakistan.

The outcome over the long term should also be measured by correlating cause and effect and you can bet your house and 401K on the Fact that we will still be fighting a War on Terror, 25 years from now, as we create new Jihadist every day, with every bomb we throw in their countries. Mind you I’m not saying don’t pay attention to the radical fundamentalist. By all means isolate and pursue them, rather then use them for short term political gain, the way our government did with Sadam Hussein, the Taliban, Musharaf, bin Laden, Ghadaffi, Idi Amin and numerous other dictators.

bin Laden was an evil man with a completely sick sense of justice. In his warped mind he set out to cripple us, and when he failed we did it to ourselves, because we had created him.

Someone during the conversation at the grill actually said: “But think of all the innovation these wars have brought, like Remote controlled drones with missiles, armored K9’s, quiet Helicopters, Body Scans” (would be nice if they could detect cancer or a tumor)
To be honest, I think we got hosed on this $ 3 trillion deal.

Watch the following video for a healthy perspective on fear.