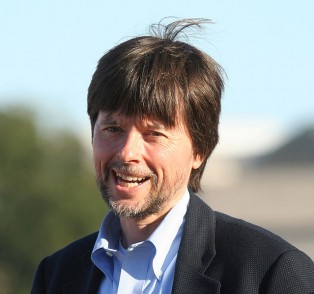 In anticipation of the big Travel Expo this coming Thursday the 14th at the Ritz, The Travel Agency is bringing some exciting exhibitor updates as well as intermediate announcements of Show Specials and Discounts.

One of the exhibitors, Tauck Tour Company, made a major announcement last week when award-winning documentary filmmaker Ken Burns and his longtime collaborator Dayton Duncan agreed on a partnership deal with the Tauck Tour Company  in Connecticut. With this move Tauck has not only “monopolized” the marketing of next year’s 150th anniversary of the start of the Civil War, it has also entered into a growing market of national interest by bringing the stories from their films and books to life in first-hand travel experiences.
Tauck’s new Ken Burns American Journeys will initially focus on three areas: One– design new U.S. itineraries inspired by their films, covering trips to national parks, Civil War sites and other destinations related to Burns’ fascinating film documentaries.
Two– Tauck is creating special signature events featuring appearances by Burns and /or Duncan and Three– Tauck’s guests on a variety of tours such as the U.S. Tauck World Discovery, Culturious and Tauck Bridges trips, will enjoy a series of short, exclusive films on tour in which the filmmakers will share their perspectives and convey the true history, cultural significance and personal stories of the people who shaped the places  guests will visit during their trip.
For 2011 the partnership will focus on two Tauck itineraries, one for national parks in the Southwest and other for Civil War sites in Washington D.C., Virginia, Maryland and Pennsylvania.
Burns and Duncan will make set appearances at scheduled Tauck events, including a Civil War-related trip in May 2011 and a tour on the roots of jazz in New Orleans in October 2011.
Tauck announced that pricing and exact dates will begin to be listed at the Tauck.com website in the next 30 days, but here on Amelia Island we may get a preview when Tauck representatives will be here this week for the Travel Agency’s Annual Travel Show.
Burns’ 2009 documentary, “The National Parks: America’s Best Idea,” is majorly credited with helping to increase visitation at the parks by 10 million over the previous year. His series on “The Civil War” originally aired in 1990 but is scheduled to be brought back next year as the US marks the 150th anniversary of the start of the Civil War.
Burns is famous for his filming approach that includes places where history is “not just excavating dry dates and facts … but also listening to ghosts and echoes.” He is also quoted as saying that “choosing a favorite park has as much to do with “who was holding your hand” when you visited as what you saw or did”. The beauty is obvious, but you also need to “explore their intimate secrets.” And for anyone who ever edited a home or professional movie, clip or commercial, the Ken Burns Effect is a well known editing capability.