This year's Isle of Eight Flags Shrimp Festival Pirate Parade is going to be a big one! 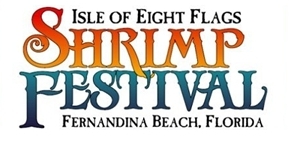 This year’s Isle of Eight Flags Shrimp Festival Pirate Parade is going to be a big one!

Over 100 entries strong, exciting entries include CLUB 14 FITNESS featuring Zumba, the Amelia Island Blues Festival entry, and a Wells Fargo Stagecoach will be here. Once again this year SearchAmelia will have a float, and of course the Fernandina Pirates Club, Inc. will mark this historic annual event’s conclusion as the parade’s featured finale.

The Parade Safety Meeting for the 2011 Shrimp Festival Pirate Parade, sponsored by Residence Inn, Amelia Island, will be held on Tuesday, April 26th at 6:00 pm at the Residence Inn.

A representative from each entry should be on hand to become familiar with parade regulations and safety issues and be able to share the information with the rest of the entry’s participants before the parade. Because space is an issue, please try to send a representative. The person who signed the parade application is preferred.

The Parade theme for 2011 is “Shrimping on Island Time,” A Celebration of Island Living.

Known as one of the highlights of each year’s festival, the Pirate Parade begins promptly at 6:00 PM on Thursday and continues until the final float rolls up Centre Street.

Be Candid – You’re on Camera

For more information regarding the Isle of Eight Flags Shrimp Festival, visit their website at ShrimpFestival.com.