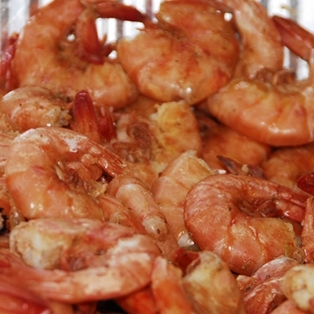 Working with Research Data Services, the Amelia Island Convention and Visitors Bureau conducted 368 interviews over the three-day festival. Statistically, that number provides for a 95% confidence level in the results. For purposes of this study, they estimated total attendance at 90,000 people, which is significantly less than the official estimate of 120,000 provided by the Shrimp Festival Committee (that estimate was based on staff observation and interviews with public safety officials).

In 2014, 53.5% of the Shrimp Festival attendees classify themselves as “day trippers” from within the region, but outside of Nassau County. Nassau County residents comprise 32.8% of those who attended the festivities for the day. Of the remaining 13.7% who stayed overnight, 7% utilized commercial lodging, while the others stayed with friends and relatives.

The total direct expenditures of out-of-county visitors totaled $7,290,600. When the Amelia Island tourism multiplier is applied, total economic impact of the festival was $9,592,300. Average head of household attending the Shrimp Festival tends to be a bit older than our normal demographic at 52.8 years of age, and are more middle-class, with 60% having household incomes of less than $100,000.

When compared to the 2011 Festival (which was not weather impacted), this year’s event lured more out of county visitors by almost 11 percentage points, while Nassau County residents attending declined by 12 percentage points – a direct result of the weather. Length of stay in commercial lodging increased by a full night in 2014, while those staying with friends and relatives remain static. More couples stayed in commercial lodging, resulting in the decline of average party size from three people to 2.8. Those staying with friends and relatives increased from an average party size of two people to three, meaning more families with children.