Slow Down in Georgia

Beginning August 1, Georgia will be on a speeding ticket frenzy, so slow down and keep your foot light on the gas pedal. 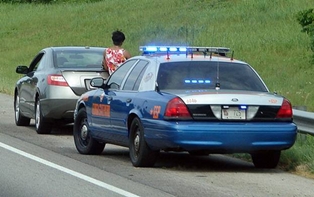 Slow Down in Georgia

For those of us that venture across the border, north into Georgia from time to time, the Atlanta Journal Constitution has reported that beginning August 1, there will be even more reasons to slow down and keep your foot light on the gas pedal. Georgia is planning a 30 day speeding ticket frenzy. Fifty state troopers will be on duty at all times of the day. They are expected to pull over a car every 10 to 20 minutes and people driving over 5 mph over the posted speed limit should expect to be targeted. 30 brand new unmarked Dodge Charger Police cruisers have been issued as well.

Georgia expects that $9 million will be generated in speeding fines. One million of this money will pay the state trooper’s overtime and the remainder will be used toward budget deficits. The troopers will be focused on patrolling the seven main intersections and highways in Georgia.

I-75 north and south

I-85 north and south

Although none of these are close to the border, it is usual to see Camden County Sheriff’s cars lining I-95 clocking the speed of the cars and pulling them over. Expect this to become more common as government agencies need to raise money for their bottom line. If you don’t want to contribute, be sure to slow down.