There were a lot of bent rods aboard the boat, but we lost tackle and time catching Sharks over the nearshore reefs. 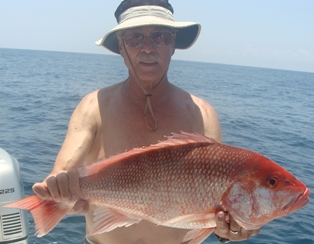 Seabass, Grouper and Snapper were boated but moving further offshore and trying different baits failed to abate the Sharks. The tide changing inshore may have helped us as the day progressed because the Sharks eventually moved on and we were able to catch more of the species we were targeting.

Although critical to inshore fishing, tide changes also effect fishing offshore. I’m going to start keeping log of tide changes related to fishing bluewater. Similarly, yesterday we fished Lofton Creek with live shiners targeting Largemouth Bass. We struggled early, losing what likely were Bass although we never caught a glimpse of them before parted line around an anchor rope and a poorly set hook allowed them to escape. 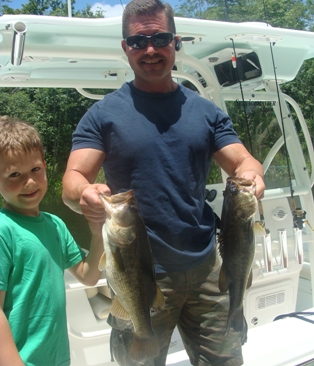 Alligator gars then became a problem, stealing our bait and tackle while the seven year old fishing with us delighted in these ferocious looking fish. They were stealing the show from the Bass we were targeting! After moving to several different spots the Gar persisted until we moved way up the creek where we finally lost the gar and boated two nice Bass, one of which attacked a large Shiner on the surface spectacularly, missing it several times before gulping it down in typical exciting Largemouth fashion.

I think that moving farther up the creek where the water salinity was different and some tidal change may have allowed us to catch Bass without the presence of Gar. Patience again paid off.

Father’s day is coming, so forget the tie or socks and give Dad what he really wants… a Cleansweep fishing charter.