Social Media 3 Ways We Could Be Connecting in the Future

Social media sites that now look utterly dominant will fall, just as other technology companies have in the past. 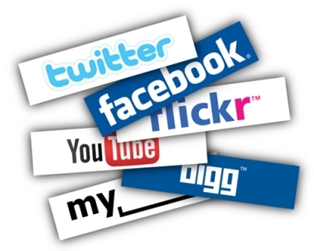 As social media changes and technology moves forward at supersonic speeds, the way in which we connect, converse and engage is going to change. Social media sites that now look utterly dominant will fall, just as other technology companies have in the past. If there’s one constant in the world of technology; it’s that the consumer moves faster than the companies making it.

Where do we go from here?
Currently social media is a place – note this important term. It’s your Facebook wall, your Twitter feed or your LinkedIn profile. Much as the value of computers was only universally understood with the advent of the internet, so too the world of social media is awaiting a quantum leap in importance.

Of course, if I knew where the next big thing was coming from, I’d be unlikely to tell anyone, but here are a few theories from some of the more reputable sources.

3 years from now
E-commerce through social media is what both business and social media companies have been working towards for the last half decade. It’s coming, to be sure.

With Amazon.com now taking 33% of all internet product searches (up from 18% in 2009), versus Google’s 13%, as well as hard entry into the tablet market and extensive plans in place for proprietary content, e-commerce sites could dominate in 3 years. Expect Xbox-style points currencies from Apple, Amazon and Facebook, as well as ways to socialise the whole online shopping experience.

5 years from now
Project Glass, Google’s Heads Up Display (HUD) technology will be ripe for the consumer market in around five years. Due for consumer release at the end of 2013, in five years they’ll be as ubiquitous as smartphones are now. This means voice, sign and eye commands as well as instant uploads to your social media site of choice.

Video will become increasingly important as mobile streaming becomes the de facto method of updating your feeds. Mobile traffic counted for over half of all video data transfer in 2011, so it’s clear that there is a desire, but not yet the ease to live stream video at will.

10 years from now
Tablet technology in ten years will have developed to the point of thin, flexible devices, such as contact lenses or roll-away laptops, allowing for complete integration with your environment. Ideas that were once considered science fiction, should as SIGHT, may just become a reality.

Indeed, Google is already working on a contact lens version of Project Glass, and there are a number of roll-away OLED screens in development by almost every major screen manufacturer.

Augmented reality advertising and social media as a genuine space – as opposed to place – will mean that we don’t go somewhere to update feeds or anything as clumsy as that, our social media experience will be all around us.

While the technology for all of these things is in place, and nothing mentioned above is beyond the possible, the direction of social media is something that is defined by the consumer, albeit with a heavy guiding hand from the prevailing leaders in the industry. 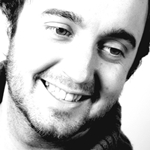 Even the most reputable social media trend analysts have a hard time predicting months ahead, so a decade is far too long a time to predict. However, you can be sure that the rampant integration of social media into all aspects of life will continue at pace.

David Ingram is a Blogger with a passion for social media, travel and technology. By day he works as a Copywriter for Hunters Leeds (www.huntersnet.co.uk/offices/leeds), and by night he writes for numerous websites across the globe.