Socialism as an Alternative?

A Rant or Rave on Jacksonville.com about socialism as an alternative made me take off my rose colored glasses 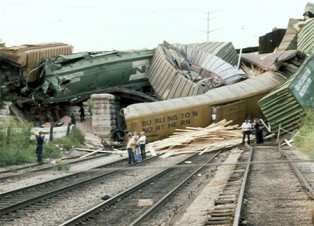 Socialism is an economic system; not a political

There are probably a couple dozen variations to this theme but the Dalai Lama’s version of the Dilemma of humanity came to mind yesterday as the day was unfolding from a normal day of the occasional glitch in the smooth flow of one’s daily routine, to a glitches avalanche that revealed once again how this country is increasingly being held hostage by the government sanctioned attitude of free-loaders and entitlelists. With an apology to the purists who feel that entitlelists is not yet a sanctioned word in the English language, (even though Merriam Webster lists it under new words and slang), rest assured that it soon will become an official word closely attached to the end of American Capitalism.

Let me first share with you the Dalai Lama’s observation on humanity before I go into the abyss of modern day political reality.
Man psyche suffers from some inexplicable flaw says the Dalai Lama.

“First he sacrifices health to make money; then he sacrifices money to regain health all the while being so anxious about the future, that he cannot enjoy the present. As a result of his continuous search for security and safety he never lives in the present nor the future (as affordable retirement is turning into a pipedream), but for the longest time he lives as in a vacuum that assumes he’ll never run out of time and therefore is never going to die. And then when death arrives, he may for a moment realize that he never really lived.”

This observation has been lingering on the surface of my sub-consciousness mind for quite a while, but was triggered into acute action by a rant story on Jacksonville.com last week that introduced “socialism as an alternative”.

Never mind that the ‘ranteur’ quite deliberately omitted to mention capitalism as the opposite in the title, he lectured us with the following: “Many ultra-conservatives calling for a tiny government are working class/lower middle class folks that would be far better off living under a socialist system. Capitalism is rapidly leaving the bottom 95 percent of wage earners in this country behind. Contrary to all of the corporate propaganda, there are many alternatives to big business capitalism. Small business still plays an important role in a socialist society, although major industries may be owned by the government. We need decent-paying jobs, health care, a secure retirement and a more equitable distribution of wealth in this society. Let’s not close our minds to ideas, both old and new, which might improve the lives of ordinary Americans.”

In a Perfect World

Guess what…in a well balanced, considerate world with responsible, intelligent and caring leaders, the writer of the rant (or was it a rave?) is absolutely right.

I ran away from galloping socialism in the late 1970s in the Netherlands and came to America to pursue the “dream”. Now 30 years later the Netherlands has found a mix of socialism and capitalism that is light years ahead of the American Dream and much easier to accomplish. My native country is prosperous and its citizens are comfortable. My brothers who stayed there and worked in the system, they all have their own homes, are either happily retired with a lot of freedom to travel anywhere in the world several times a year or enjoy the seniority of their professions and the freedom that it brings. Their income levels may or may not rival mine, but on the bottomline, their lives are much less worrisome, because of socialized medicine and reliable, well funded safety nets, clear and concise input in the political process with the ability to change and correct. Culturally, economically and socially there is plenty of space for most to maneuver a well rounded life, because the basics of life’s pyramid of needs and wants is in place.

No, there are not a lot of billionaires in the Netherlands, less than a handful, but most people are comfortable, good housing is available, and much of life’s worries is orchestrated and relieved in widely accepted regulations. There is little space for excess and life’s essentials are balanced to the point of being boring.

But even if it seems boring, there is no denying that the Scandinavian Countries and the Netherlands year-after-year score high in citizen happiness. People seem happy to have structures and safety nets in place that allow them to frolick through their passions.

The problem with America is that is has taken possession of the power of capitalism, over time creating the belief we can buy contentment and happiness.  This country has anchored its beliefs in politically controlled fear systems rather than human needs. It wasn’t like that when I arrived 32 years ago. It is frightening to know that the institutions we humans allow to grow up above us on the societal organization chart – governments and religions, to name two of the most prominent – have taken possession of our liberty calculating that fear equals control. It is not an accident, that in the history of most nations, there are no prolonged periods where there isn’t some sort of big threat dangling over the populace like the proverbial blade of Damocles.

In Europe we felt the fear of the Cold war, played out in the skies over our heads, much more intense than here in America. Doomsday was on our doorstep every day of our lives. And with no military to speak of, the available money was used to make healthcare and education available to all, create transportation infrastructures, put power under the ground so we wouldn’t loose it every time a storm came through, developed social safety nets that could withstand changing economic times.

Now so many years later I see the clarity of the picture, and while it may seem cynical to accuse governments and religions of deliberately unleashing fearful scents into the herd, the historical record is very clear on the matter. In fact, the record is so well documented that it is clearly adopted as a government’s standard operating policy. 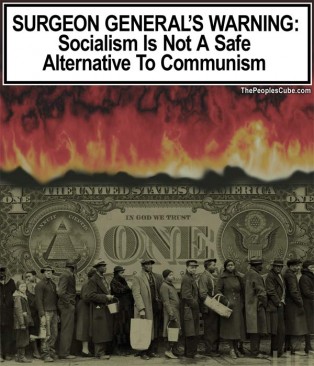 Not economic system is omni-potent and fair sharing

So I took off my rose colored glasses to look at a society that is so set on condemning any thought, idea or initiative that comes from the “other” camp, that it is completely stifling the foundation this country was built on. Once I thought fear  was bad during the Cold War, which in hindsight was almost a romantic notion of a conflict compared to what we see today.
In modernity the fear-spreading operations of government and quasi government institutions are made easy in the extreme, by a combination of massively improved communications and a media without any ethical reservations when it comes to enthusiastically exaggerating all the things we fear. And right now there are millions upon millions of baby boomers who fear the reality that retirement and old age is not going to be as golden as they worked and hoped for all their lives. Who fear that they cannot afford health insurance or social safety nets. Unfortunately they are right to be fearful, because history is showing once again that the human default mode is to always fall back upon reliance on a wise, alpha-male leader who can kiss everything and make it better (for a while). It is the major  reason why in politics, the worst-case outcome is also the most likely outcome.

In the decades to come America will become a mixed bag of capitalistic socialism, with some  outcroppings we will embrace as Globalization Side Effects. During the process years, up to 40% of the population here will condemn this, even as they collect their weekly entitlements from past national accomplishments.

America is a country of huge contradictions. People despise globalization as they see job outsourcing as the thread to their lifestyle. Yet homegrown companies such as Cisco, Google, Microsoft, Apple and many more are sitting on more than $1.5 trillion dollars in cash, stacked in countries across the globe with growth potential and substantially lower corporate taxes. Bringing that money home does not make sense to them. The result of injected capitalism in those countries means that systems clash or mix. Even if Obama offers to cut the domestic tax rate to 28%, the Fortune 500s won’t bring the bacon back home; nor will it stop the bleeding of corporate revenues needed to support a nationwide social overhaul. A well executed social sharing program with carefully balanced control buttons, would be good for America the Republic but bad for America the Empire, which is why I reiterate that in politics these days the worst-case outcome is also the most likely outcome.