Sometimes A Little Spark Is All You Need

Until underlying fundamentals are properly addressed, markets will remain highly volatile, largely based on hope against the odds. 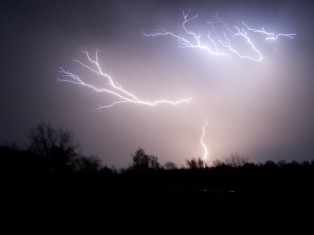 The difference between a Spark and a Jolt defines intensity

At one point last Tuesday, October 4, the S&P 500 index dropped below 1,091, which represented a 20 percent decline from the April 29 closing high, according to MarketWatch. That’s a key number because many investors consider a 20 percent decline to signify a bear market. But, lo and behold, just when it looked like the market might go from bad to worse, the Financial Times (FT) published a story that hit the internet that afternoon and the U.S. stock market staged a massive positive reversal.

The FT story said, “European Union finance ministers are examining ways of coordinating recapitalizations of financial institutions after they agreed that additional measures were urgently needed to shore up the region’s banks.”

That story prompted a huge 3.7 percent rally in the S&P 500 index in the last hour of trading on Tuesday, according to Bespoke Investment Group. Interestingly, the reversal propelled the index well above the key 1,091 level and prevented us from starting a new bear market in the U.S.

The key point about the late day reversal on October 4 is not so much that it saved us from printing a new bear market (although that’s a good thing!).  Rather, the amazing thing is the key reversal was prompted by mere “talk” of another plan to help save the euro-zone from the sovereign debt abyss.

Last week’s market action reinforced the notion that macro issues like the sovereign debt problem – rather than company-specific news – are still a significant driver of the overall stock market.  Until the critical macro issues get resolved, we should be prepared for major market moves – both up and down – based on little more than the latest headlines.