The average home sales price and the number of houses sold in South Florida had risen significantly based on data collected by a group of local realtors. 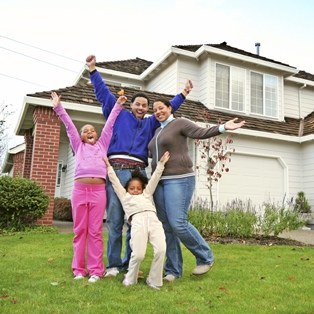 The average home sales price and the number of houses sold in South Florida had risen significantly year-after-year as per the data collected by groups of local realtors.

Here are the statistics:
• In counties like Miami-Dade, single family sales rose by 14.1% in February 2015 in comparison to February 2014. The same was up by almost 2% while compared to January 2015.
• Condo sales grew by 1.3% year-over-year while the same grew by more than 10% compared to January 2015.
• Inventory also grew year-over-over. Number of single family houses on market in Miami-Dade rose by 3.5%; it rose from 6113 active listings in 2014 to 6330 in February 2015.
• Condo inventory grew by 12% growing from 10,723 listings to 12,023.
• The situation is same in Broward County too. Single family home sales were up by more than 6% year-over-year while condo sales grew by 1.3%.
• Overall single family home listings rose by 1.2% and the condo listings were up by more than 6% while compared to last year.
• Overall real estate market in South Florida has been developing stably from the time it started tanking during recession. Single family home sales grew by more than 18% year-over-year while condo sales grew by almost 7.5%.
• Average prices also improved locally. In Miami-Dade, average single family home sales prices augmented to over $245,000 which showed about a 7.7% growth from 2014’s figure. On the other hand, average condo sales prices rose to almost $188,000, up by more or less 6.7%.
• In the mean time, cash sales were down from 2014’s figure, falling from 62% of all transactions in February’14 to 59% of all transactions in February 2015.
• Overseas homebuyers who have been playing an important role in Miami’s real estate recovery and growth are eager to pay in cash. A strong dollar and dipping foreign currencies have undermined the capacity of the foreigners to purchase real estate in Miami. Nationwide, almost 26% of all sales were cash deals in last month which reflected the significance of foreign money to Miami’s recent real estate growth.

Florida foreclosures rate dropped
Foreclosure rate for homes in Florida dropped by almost half in January, 2015 in comparison to the same time of 2014. And that is a prominent sign that Florida’s real estate market has picked up from the disastrous shock of nationwide recession as well as financial crisis.

Here are those statistics:
• Florida foreclosed homes figure fell to 3.8% in January 2015 down from about 6.3% in January 2014.
• Overall foreclosure inventory continues to decline in all the states over last 12 months. Florida significantly saw a decline of about 50% year-after-year.
• The rate of foreclosed homes in Florida ranked third after New Jersey and New York.
• Florida saw almost 111,320 foreclosures in 2014. About 9% home foreclosures are supposed to be in severe delinquency. That means they are 3 months or even more past due as revealed by a survey report by a renowned real estate company. While nationwide, the rate of foreclosure fell to 1.3% down from 2%.

The above discussion shows Florida’s overall real estate growth. Its pleasant weather and low cost of living are most important criteria behind this growth.

Author Bio:
Alex Brain is a real estate marketing specialist in Florida. If you have enjoyed this article on real estate, visit the author’s website at http://agentace.com. Agentace helps you find the best real estate agents in your area.