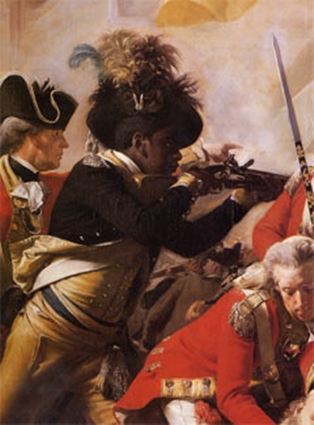 The Amelia Museum of History’s next 3rd on 3rd Presentation is Friday, November 20, at 6:00 PM, and is titled, “Hope of Freedom: Southern Blacks and the American Revolution”, with Dr. Roger Smith.

During the American Revolution the British military offered freedom to enslaved blacks who fled to British camps to fight against the rebellion. But there was often a catch. This offer wasn’t available to those whose owners were loyal to the Crown. For those taken-in, many were cast aside when disease swept through a camp, or abandoned to an oncoming American army during retreats; some were resold into slavery. For a great many people these promises of liberty were a complete façade, designed only to ruin the highly profitable southern plantation economies of the newly-founded United States. But many did indeed regain control of their own destinies against all odds.

The role of British East Florida in this tragic era of American history needs to be understood. The heroics and heartbreaks of southern blacks demands to be heard.

This program is made possible by the Florida Humanities Council’s Speakers Bureau program, and is free and open to the public. Seating is first-come, first-served.