Too many tournaments and the oil spill in the Gulf of Mexico are taking the fun out of fishing. How will fishing tournaments survive? 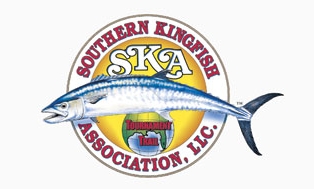 You may have noticed the excitement this weekend surrounding the Nassau Sportfishing Association’s Tournament of Champions Kingfish Tournament. This event is sanctioned by the Southern Kingfish Association, but what is the SKA?

The Southern Kingfish Association (SKA) was founded in 1991 and has emerged as America’s largest offshore saltwater tournament trail. From 11 tournaments in 1991, today the trail has over 50 events from the Gulf Coast of Texas, along the Gulf States, around the peninsula of Florida and up to the Outer Banks of North Carolina.

The SKA also hosts an additional five events each season known as the Yamaha Professional Kingfish Tour. These highly skilled fishing teams compete for over $600,000 in prize money. 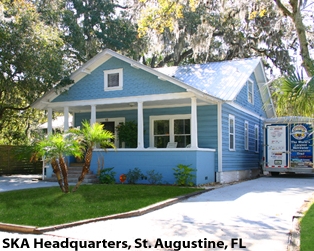 Headquarted in St. Augustine, Florida, the SKA partners with some pretty big names in fishing such as Mercury, Garmin, West Marine and Contender to put on these great events.

“Mobile, AL (June 14, 2010) – Due to the increasing closures of federal and state waters and the uncertainty surrounding the Deepwater Horizon oil spill, the Alabama Deep Sea Fishing Rodeo Board of Directors & Executive Committee has come to the difficult decision to cancel the 2010 53rd Roy Martin Young Anglers Tournament and the 2010 78th Alabama Deep Sea Fishing Rodeo. While we appreciate the support of our anglers, sponsors, and the general public, we are saddened that we will be unable to host your community fishing tournament.

While this decision was difficult, the Alabama Deep Sea Fishing Rodeo Board of Directors and Executive Committee wish to give its support to those dramatically impacted by this accident; families that have lost loved ones, and those whose livelihood depends on our Gulf’s natural resources.

We look forward to continuing our tournaments in 2011.

1. Annually funds the Mobile Jaycees Children’s Christmas Shopping Tour.
2. Plans monthly donations to several non-profit organizations in the community.
3. Donates to the University Of South Alabama Department Of Marine Science. Each year, there is a large donation to the department and as well as the funding of multiple scholarships. Over recent years, we’ve donated well in excess of $100,000.
4. Deployment of artificial reefs in the public fishing zone of Alabama
5. Contributes to the economy of the Town of Dauphin Island and the City of Mobile through the participation of over 3000 anglers and 75,000 spectators during the July tournaments
6. Research is conducted on site every year by the University of South Alabama and other institutions.

There are over 600 fish otoliths being studied throughout the country as a result of our tournaments. This research helps scientists to better understand our Gulf fisheries. The collection of hundreds of specimens each year during the Alabama Deep Sea Fishing Rodeo saves both time and finances compared to traditional collection methods. Last year, research was conducted on the Redfish, Red Snapper, multiple shark species, and the King Mackerel.”

While the SKA shows the Miller Lite Mack Attack, previously schedule to take place in Pensacola, Florida in August, has also been cancelled, their website gives no indication of a cancellation and the tournament director, Brad Sauers had not yet returned my phone call requesting clarification at the time of this article’s publication, but I will update the article when I hear from him.

People love to fish and these local fishing tournaments, including those of the Southern Kingfish Association, provide a multitude of benefits to organizations throughout their community. Our local Nassau Sport Fishing Association is proud to be members of the Business Partners in Education, which contributes money to the Fernandina Beach High School through grants and scholarships. Various other charities benefit from the annual SKA Kingfish Tournament. The NSFA also hosts an annual Youth Tournament where every kid takes home a rod & reel. The slogan for this tournament is “Hooked on Fishing, Not Drugs”.

I cannot imagine a coastal community without these fishing organizations whose good works are often overlooked!

Membership in the SKA provides 11 issues of their Angler magazine, decals, an embroidered patch, free classified ads and other little perks for $70.00 per year; a family fishing membership is only $90.00. More membership details, angler rules and their code of conduct can be found at the bottom of their membership page.